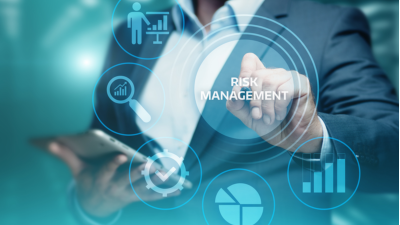 The lack of volatility in a range of markets in the post-Global Financial Crisis period has been cited by numerous star hedge fund managers as a reason behind comparatively poorer performance than in the pre-GFC era; some have closed their funds to outside investors, and some have shut up shop altogether.

These managers might have acted prematurely, however, because in 2020, volatility returned. Whilst the massive equity drawdown in late February and March and the subsequent recovery saw the CBOE VIX, Wall Street’s ‘fear index’, spike - it had 218 days last year with a reading above 20, compared to only 15 in all of 2019, 59 in 2018 and zero in 2017 - geopolitical events like the US Presidential Election and the back and forth between the EU and the UK to try and secure a post-Brexit trade deal, alongside the loosening and tightening of lockdowns, contributed to a rise in investor uncertainty generally through the remainder of the year. The beginning of 2021 is no different: the VIX has closed higher than 20 every day since the beginning of the year, closing in the 30s at the end of January as the wallstreetbets-inspired short squeeze on GameStop stock gripped US equity markets.

Managing and mitigating that volatility is one of the things that hedge fund managers tell their investors they are good at, but Sandy Rattray, CIO at London Stock Exchange-listed investment giant Man Group, says that forecasting volatility at Man Group involves much more than just the VIX.

“The VIX is a sophisticated measure of one-month implied volatility on the S&P 500 but we calculate volatility in all asset classes that we trade. We use many different measures of volatility; there’s no perfect measure,” he said. “But we think that you can do better than just focusing on that generic measure. We use many additional datasets in our risk models because when you’re in a quiet period volatility-wise, you really shouldn’t believe that the risk environment is as low as it might seem.”

“We’ve really had risk management as an equal partner to alpha in Man AHL since the late 1980s-early 1990s. The longest running of those funds has had a maximum drawdown of just over one standard deviation, and that fund has gone through crises like Asia in 1997, Long Term Capital Management, the tech bubble in the early 2000s and the global financial crisis. That’s because risk management is an equal partner to alpha in those strategies,” he said. “All managers say that they have good risk management. Ours has been developed over decades.”

A critical component of Man Group’s perspective is their belief that predicting volatility is easier than predicting returns.

“We cannot forecast where the S&P is going to be in a month or a year. We know that lots of people go on TV and talk about it, but it’s nigh on impossible to give an accurate forecast. So, we don’t pretend that we can do that. But historical volatility has been quite a good predictor of future volatility so we’re going to forecast risk, not returns. For our long only strategies we take the approach that in the long run we want to be long and we want to use risk skills to control the drawdowns when they arise,” said Rattray.

‘Quantamental’ has become something of a buzzword in the investment management industry and Man Group is a disciple from both an alpha and a risk perspective. Rattray says that the concept is not as new as the buzzword is and that the benefits of combining human and machine are reaped across all of the firm’s divisions, and have been for a while.

“There’s no such thing as a pure quant or discretionary strategy and there never has been. We see all of our strategies as existing somewhere on one continuum – we favour a discretionary approach when we’re dealing with a smaller number of securities and a quantitative approach when dealing with a large number. For example, we can’t read all the company research that is produced, so we use computers to read text. But machines aren’t as good as humans at reading so from a risk perspective we need a two-pronged approach,” he said.

Rattray expects volatility to be higher in the coming months; he sees a parallel with the period 1996-2000 when the VIX was regularly in the 20s as opposed to the teens, driven by the dominance of tech, which he says has always been a comparatively volatile sector in the equity markets. Still, producing returns in a higher volatility environment means managing the risk that comes with it – which means making risk management an integral component of the strategy.

“The wrong way to do risk is to have it as a separate function,” he said. “Better risk managed funds are simply better funds.”