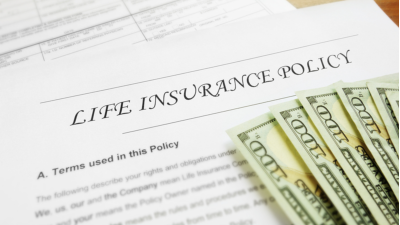 "We're seeing more smaller deals because of direct-to-consumer efforts, which tend to involve smaller policies that are not efficient for a provider to handle. A couple of firms – particularly Coventry and Lighthouse – have spent tens of millions on direct-to-consumer origination,” he said.

“If you ask me, that is the major novelty in the market today: deals not mediated by brokers," Siller said.

Commenting on the market effects of Covid-19, Siller said that aside from a temporary drop in activity in the first quarter last year, policy flow increased in 2020 and continues to increase in 2021.

“The market slowed in early 2020, but Covid did not affect the flow of secondary policies. Some felt that certain well-off people might want to keep their policies, but that didn't happen. The same reasons to sell were in place," he said.

Patrick McAdams, Investment Director at SL Investment Management, which has managed or advised over $7bn since 1990, agreed that the secondary market may have been busier than filings suggest and said activity continues to build in the private tertiary market.

"Like in many years, the tertiary market in 2020 was probably as large or larger than the secondary market. This is where investors that have built a portfolio that isn't working for them can sell it on, or manage it through traditional buying and selling of assets," he said.

SL saw a 30% year-on-year uptick in the overall volume of life settlement deals in 2020, as the trend of Asian investors seeking non-correlated returns that had begun before the Covid pandemic continued to usher fresh capital into the market last year, McAdams said.

"We had more demand and generally there were more policies available despite the pandemic. Increased demand was coming from regions unfamiliar with life settlements as an asset class. We've seen more Asian investors – particularly in India – and southeast Asia," he added.

“The financial crisis and the Covid pandemic ten years later have reminded investors to add assets to their portfolio that do not behave in line with stocks. We don't know when the next big event is coming – it may be ten years or it may be five," McAdams said.

Maurizio Pellegrini, US Life Settlements Manager at Azimut Investments, said that European and US investors were also supporting growth in the life settlements market, but not without notable side effects.

While international capital has poured into the life settlement space and supported demand in recent years, yields have fallen and liquidity remains limited in the tertiary market, the ELSA members said.

“Yields have declined over the last five years along a steady, downward slope. Some policies in the tertiary market have been overvalued, but if valued correctly, there's ample liquidity to trade out of a position," McAdams said.

Despite the appeal of non-correlation, life settlement portfolio owners who need to adjust their position in the tertiary market for premium payments, redemptions and other reasons are currently facing a “dearth of liquidity,” Siller said.

Looking ahead to 2021 and beyond, BroadRiver, SL Investments and Azimut all expressed guarded optimism about market growth, yields and the enduring appeal of life settlements as a non-correlated diversifier.

"We're bullish. There’s healthy demand and we don’t see supply slowing.  Despite some contraction, yields for our pension clients remain attractive in terms of their actuarial hurdles,” Siller said.

“Some investors we’d never spoken to before have approached us, but one has to be cautious about fund sizing. In deploying capital we are very careful.  What you don't buy is more important than what you do buy,” he said.

McAdams said he expected a “deep pot” of international capital to continue feeding the market, as long as prospective returns remain stable. “If yields dropped to 5-6% you would see demand drop off considerably, but if they hold at around 10%, that's still very attractive compared to USD rates at the moment."

Jeff Kuntz is a freelance writer and researcher