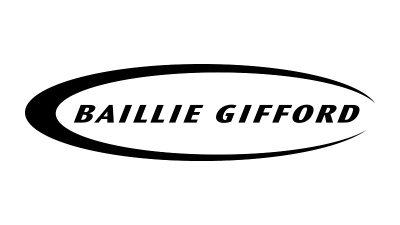 Impact Investing Not Just An Altruistic Endeavour For Baillie Gifford

Businesses that are a force of good and address the world’s immense social and economic challenges gain competitive advantages, asserted Baillie Gifford’s Alison Henry speaking at the Impact Investment Forum.

This applies not just to the environment but also to social exclusion and inequality, added the client services director for the asset manager’s Positive Change Fund. She was speaking at the forum’s Investing for Multi-Generational Positive Change session.

“This doesn’t have to be an altruistic exercise,” Henry said.

“People, particularly the younger generation, are much more aware of the world that they live in.

“Companies that are doing the right thing are going to have motivated employees and more customers. All of this serves as a natural competitive advantage.”

The Positive Change Fund combines Baillie Gifford’s bottom-up stock picking approach focused on stocks that could double in value over five years, with a long-term perspective on impact that emphasises a company’s purpose.

Henry also advocated the need to find publicly-listed companies that are embracing change.

It is estimated that meeting the UN's Social Development Goals will cost $5tn-$7tn annually up until 2030. That requires more financial firepower than governments, private organisation or charities can provide.

“To try to alleviate poverty and make the world a more inclusive place and to solve the environmental challenges we are facing, we need to have that scale.”

The first is social inclusion and education. Latin American ecommerce company MercadoLibre is an example of a portfolio holding that addresses this via its payments service.

Environment and resource needs is the second theme. It includes businesses that are seeking to reduce the impact of human activity and/or improving resource efficiency. Novozymes is one example. The company produces enzymes that let consumers wash clothes at lower temperatures while using less water and detergent.

The third theme is healthcare and quality of life.

“We are looking for companies here that are improving our health, whether it is with lifestyle diseases or genetic conditions,” Henry said.

“We now have a better understanding of human body and genetic data, but also technology to store that data.”

Moderna is perhaps the most high-profile stock fitting the theme given its Covid-19 vaccine.

“The nature of its platform technology means there is going to be a big chance of success with the next preventative vaccine,” she added.

The final theme is addressing the four billion people globally at the base of the economic pyramid who live on less than $3,000 a year. It is reflected in the Positive Change Fund’s investment in Kenya’s Safaricom, a telecoms firm which again facilitates payments.

Henry addressed questions from delegates, including how Baillie Gifford avoids investing in firms whose positive impact is outweighed by their other negative actions.

“It’s important to look at each company holistically,” she explained.

“We look at all the investment metrics. Then we do an impact analysis.

“Essentially, we're looking at three things: the intent, the ESG [environmental, social and governance] business practices and the product impact.”

Fund managers need to see evidence of positive impact solutions having been built into the heart of a company’s operations and to pinpoint what motivated its management team to do so.

Henry gave the example of Moderna’s work to make vaccines available in poorer countries through GAVI, the global vaccine alliance.

For Tesla, she said it involved looking at the firm’s battery recycling plans.

And with Orsted, she referred to the fund investing in the Danish wind power giant when more than 5 per cent of its revenues were still derived from fossil fuels but it had promised change.

“We were comfortable with their intent, their spend on R&D, and their commitment to the offshore wind industry,” Henry said.

“They're not just thinking about it from electricity generation standpoint, but in terms of demand management and grid integration addressing the challenge of intermittency.”

She said it was also important to ensure that intent continued through senior management changes.

Asked about the ESG premium, Henry said it was a real phenomenon but added that Baillie Gifford’s long-term view meant it could by and large look through any elevated near-term valuations.

Referring back to Orsted, she noted the firm was expanding into onshore wind and sustainable hydrogen. These initiatives were not factored in when the fund made its initial investment. But the power company’s prospects for growth still met the investment criteria and it should now have even greater positive impact.

Regarding climate change, Henry said Baillie Gifford was on the cusp of being able to incorporate scope 3 emissions into its analysis.

Scope 3 goes beyond a firm’s own activities and energy purchases. Among other factors it includes indirect emissions resulting from consumers using a company’s goods, its supply chain, investments it has made, employee commutes and other business travel. This can often account for the bulk of an enterprise’s contribution to climate change. But to date there have only been unreliable estimates or a lack of any figure for many companies. This is a concern because future carbon taxes, regulations and public interest are likely to mean scope 3 emissions weigh on company valuations in the years to come. But businesses that take a lead on the matter can gain a competitive edge on rivals.

Henry added that the Positive Change Fund was also challenging firms to embrace the Science Based Targets Initiative in terms of meeting the 1.5C climate change target.

And she emphasised that impact analysis didn't stop once a stock got into the portfolio.

Her final example was John Deere, which might seem like an unlikely candidate for inclusion. But the farming equipment maker’s work on precision agriculture – using sensors and AI analysis of data to enhance planting, growth and harvests – offers dramatic savings on diesel, fertiliser and pesticides while also improving crop yields.

There are parallels here with Baillie Gifford’s efforts. Its fund managers also draw on diverse sources of information to sow investments and then continuously assess their prospects for growth.

But by working to a longer-term horizon of five or more years, rather than just the next harvest season, they give companies the opportunity to reach their potential in both financial terms and the wider benefits they can provide to the world.