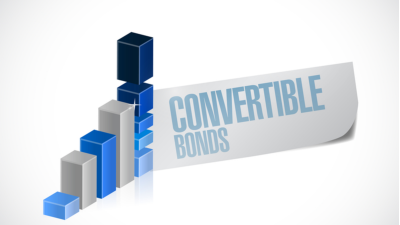 Convertible bond investors have never had as many toys to play with as they do currently. According to Refinitiv, global convertible bond issuance last year came in at a record-breaking $187.92bn from 519 issuances, approximately 50% higher than 2019, which held the previous record at $125.75bn (398 issuances). In the first half of 2021, $114.448bn worth of convertible bonds have been issued, putting this year on pace for another record.

Much of the growth can be attributed to corporates rushing to tap the debt markets for survival capital as the lockdowns wreaked havoc on their revenues but there are short term tailwinds supporting continued growth in the amount of convertible bonds available, according to Damien Regnier, Portfolio Manager at London-based hedge fund manager Tyrus Capital.

“Even as we begin to emerge from the pandemic, many companies such as airlines know that we are not out of the woods yet, while others need to secure funding to scale for the anticipated reopening,” he said. “We also witnessed a yield curve upwards shift in Q1 which was the first in a long time. This has helped persuade some CFOs to issue now rather than later; if your expectation is that rates will eventually rise, securing your financing to zero coupons now is a good move.”

Convertible bond disciples argue that these products provide the best of both worlds; downside mitigation via the seniority of the debt in the capital structure and upside opportunity to convert to equity if the investor sees an opportunity there. Regnier hardly ever converts, however.

“It’s true that the convertible bond interest is derived from the conversion in equities but in actuality it comes from the potential for conversion in equities – this optionality is the key driver for investors. When there is only around six months left on the life of the bond, the price becomes aligned with the underlying equity and effectively already embeds the upside. As a result, to retain optionality for as long as possible, you typically would not convert until absolutely necessary.”

Convertible bond issuance isn’t only concentrated in one region. North America naturally takes the largest share with $48,378mn of issuance but Asia Pacific has added $30,738mn to the global total through June. Regnier has significant exposure to Asia, positioning driven by what he’s seeing from the influence of the pandemic on global markets.

“I think this century will be the Asian century and my view is that in 10-15 years’ time, economists will look back and see Covid and say, ‘that was the turning point’. In the last century, World War 2 did that for the U.S. Historically, Asia – largely driven by China, India and Indonesia - will return to their long-term place of influence in global markets. It’s only in the past 100 years that the U.S. came to prominence. Before that it was all Asia.”

Naturally, Regnier chooses convertible bonds to get this exposure to what he sees as a significant upside in Asia. There’s more to it than pure bias; he says that the downside protection afforded by convertible bonds is more relevant when investing in Asia than anywhere else.

“If you invest in Asia, you have lower legal protections so you just go as high as you can on credit because it eliminates the concern you have with owning equities,” he said. “There is definitely less liquidity in the region and it’s riskier, so convertibles offer that built-in risk management function.”

At the sector level, despite technology’s continued bull run and the tailwinds that a new ‘hybrid’ working environment are likely to provide as workers return to the office – or not - Regnier remains cautious; he’s more bullish on healthcare.

“On tech, our exposure is lower than our peers. I think that the valuation is getting out of hand. Tech will definitely have a place, but I don’t think it’s helpful to have a high concentration there,” he said. “I do like healthcare. Healthcare is interesting in that it’s not a growth or an inflation play. It’s very stable and there are a lot of good companies in the sector. We have a lot of healthcare exposure in Asia; it’s a sector that’s traumatised so for me that means that it’s a good place to go back. I like how healthcare is a bit of a contrarian play, given we’re in a growth phase and cyclicals are going up.”

A wide range of securities needs to be available in order for an investment manager to be able to avoid the risk of entering a crowded trade. Additionally, as the number of convertible bonds grows, an investor has a larger investment universe from which to capture idiosyncratic risk, which should help them outperform versus the market, or a diversified ETF like the iShares Convertible Bond ETF.  Convertible bonds have arguably struggled historically to provide that level of supply, but as the data shows, this sector of the debt market has never been so large and continues to grow. So, can these products grow in terms of both number and assets to arrive at a point where they truly offer an alternative to traditional fixed income products for yield-starved investors in the medium to long term?

“Regardless of their current popularity vis-à-vis traditional fixed income due to the low interest rate for investors, I think convertible bond issuance will continue to grow. Whilst the asset class will always be considered niche relative to straight bonds or common equities, convertible bonds provide an alternative way to finance innovative companies looking to do the next big thing,” said Regnier. “Convertible bonds were there 150 years ago to help the US expand its novel railroad network, financed the oil industry 100 years ago, and helped shaped big pharma 50 years ago. Today, they are financing cyber security, biotech, electric vehicles and more. Tomorrow, I hope to see convertibles supporting innovative companies tackling climate change and the energy transition – they are the perfect financial instrument to do so.”