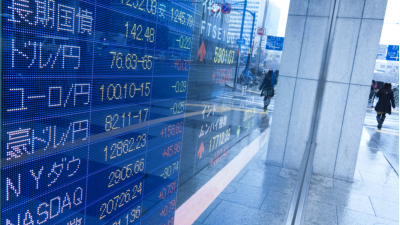 In early April, the Council of Experts Concerning the Follow-up of Japan’s Stewardship Code and Japan’s Corporate Governance Code published a proposal for revisions of Japan’s Corporate Governance Code and Guidelines for Investor and Company Engagement. The main points of the proposal include enhancing board independence, promoting diversity in senior company management and develop a policy around sustainability and ESG.

The proposal marks another step forward in the evolution of the corporate structure of Japanese companies and for investors in Japan it represents a tailwind for alpha discovery. The country ranks a dreadful 120th out of 156 countries in the World Economic Forum’s Global Gender Gap Report 2021 but according to Zuhair Khan, Portfolio Manager at Union Bancaire Privée (UBP), the changes being driven by revisions to the Governance Code present a wealth of opportunity.

“Japan has been way behind in terms of gender equality and utilising the talent of Japanese women. Until just two years ago, if you looked at women on Japanese boards it was pure tokenism - mostly retired academics or bureaucrats,” he said. “But there is evidence to suggest that increased diversity at the board level in Japanese companies is correlated to stronger stock performance. The profile of boards in Japan in terms of gender diversity is starting to change and those companies that adopt these changes quicker will outperform.”

Before the Governance Code was introduced, Japanese company boards tended to be comprised entirely of insiders, with no independent directors. The current CEO would hand-pick their successor with no need to justify the decision to anyone, meaning that shareholders – especially smaller shareholders, like hedge funds tend to be – had little influence or protection.

“There is a growing recognition in Japan that the interests of minority shareholders need to be protected,” said Khan. “The mandate to add independent directors to corporate boards supports that view because they have an impartial perspective.”

Khan is also seeing committees emerging in Japan that have responsibilities similar to those in the West, like remuneration, nominations for executive level positions and strategy. Additionally, the appointment of independent directors is forcing Japanese companies to be better allocators of capital.

“20% of Japanese companies’ balance sheets are cash, net of any debt. There is also a correlation between the number of non-executive directors and dividend payouts. The more independent directors they add, the more dividends go up. The independent directors are holding company management to account, saying that they only need enough cash to execute the strategy and the rest should be returned to shareholders either via dividends or stock buybacks.”

Another tailwind helping to drive change in Japan’s corporate governance practices comes from a less likely but influential source.

“Japanese media has changed its stance. Activists are no longer referred to as ‘vultures’,” he said. “They are referred to as ‘vocal shareholders’. This is a significant mindset change and another example of how the culture in Japan is changing generally towards public companies. Japanese corporate managers can’t behave in the old ways anymore.”

The opportunity to generate persistent alpha in Western markets is well dissected; plenty say that the equity market in the United States, for example, is remarkably efficient, meaning only short-term gains can be extracted by active equity strategies. In Japan, however, Khan says that the bifurcation of the current changes in corporate governance in the country support alpha generation in the medium to long term.

“Around 20% of Japanese companies are improving rapidly, 50% slowly and 30% not at all. There are significant return differentials between the 20% that are changing and the 30% that refuse to,” he said. “Japan as a whole is changing slowly – the governance code gets amended slightly every three years, as does the stewardship code. But Japan is like a super tanker. It may turn slowly but there is huge momentum in those turns.”

The Covid-19 pandemic put something of a brake on the rate of change currently happening in Japanese boardrooms; companies slowed or stopped their stock buyback programs, and hoarded cash as a safety net whilst figuring out how to be effective working from home. The desire for corporate governance change in the country remains strong and irreversible, however.

“The past five or six years in Japan is like when you fire an arrow from a bow. You have no forward movement when you’re drawing back the arrow, so it looks like nothing’s happening. But that pulling back gives the energy to go forward,” said Khan. “That energy has created pressure on Japanese company management to perform and to do that they need to change. What’s interesting is that many of them have always wanted to do it, but because of the culture they just needed an excuse. Now they have one.”