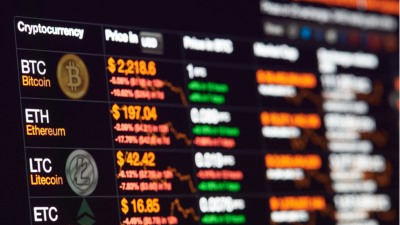 Where Is the Crypto Market Heading?

Following the all-time highs in the crypto market in November 2021, the crypto market plunged further in May and June 2022 and hit mainstream media for all the wrong reasons. This market plunge and cascade in selling was driven by the LUNA stablecoin collapse and resulting knock-on effects. This caused large losses for some major crypto market players, the biggest being Three Arrows Capital, a crypto hedge fund, which at its peak managed more than $15bn. Three Arrows Capital was a highly leveraged hedge fund whose default and bankruptcy had a negative knock-on effect for most centralised crypto lending businesses, some crypto exchanges and hundreds of crypto projects and funds. This event has plunged the market into a liquidity crunch, a large unwinding of leverage and withdrawal of credit for the whole ecosystem. But this is far from the first such bloodbath crypto has experienced.

The main fundamental issues which caused the market turmoil are nothing new: currency peg breaks; high leverage; careless, volumes driven lending; and duration mismatches between deposits and loans. These market issues have played out hundreds, if not thousands of times in traditional finance. Amidst this chaos, decentralized lending platforms, which unilaterally enforce “the rules” in the absence of a centralised authority, benefitted from the lack of trusted intermediaries, via rules-based overcollateralization and position liquidations, hence market events did not affect the running of protocols.

The crypto market has historically followed a 4-year market cycle relatively closely, with exuberant and parabolic market peaks, followed by severe and painful bear markets. These market cycles have roughly followed Bitcoin's halving events, which halve the rate of new Bitcoin supply. We are currently coming to the end of the third crypto market cycle with reliable trading prices, with the next Bitcoin halving projected for March/April 2024. Historically crypto bull markets have started more than a year before the Bitcoin halving event, possibly driven by the anticipation of the lower future supply and the completing of the washout of the previous market cycle.

The maximum drawdown of the current market cycle has so far been less severe than previously. The crypto market tops and bottoms appear to be becoming less extreme over time as the market matures and the growth of the crypto derivatives markets, which can help moderate market cycles. Given this, one might expect the maximum drawdown of the current market to be much less severe and we could be near the market bottom.

Where we are in the Current Crypto Market Cycle?

A key difference between crypto and traditional markets is the transparency of on-chain blockchain data, which provides the ability to recognise patterns and behaviours of blockchain users via their transactional data, known as on-chain data. Looking at the on-chain data and identifying patterns of peak and bottom levels can help determine the current stage of the crypto market cycle and how the market may develop in the future. While history does not repeat itself, it tends to rhyme.

The first measure of market health we will look at is the unrealised profit and loss of market participants. This can give an idea of investors’ frame of mind and how they might behave now or in the near future. Someone who is sitting on large profits will often act differently to someone who is sitting on large losses, especially if they have liabilities to manage. This data generally points towards the market being in a late-stage bear market. The Bitcoin mining industry also appears to be under financial stress, which has historically only happened in the final stage of bear markets.

A more traditional way of accessing market health is technical analysis, which attempts to understand at which prices the market is willing to buy and sell, and how much. Technical indicators based on price data provides further information which can be used to identify overbought or oversold conditions for Bitcoin. These again point towards a late-stage bear market, with many indicators being at record lows and the most oversold conditions ever.

Late-stage bear markets where the final market bottom is established and tend to exhibit certain characteristics. The market dynamics of late-stage bear markets are similar regardless of the asset class. They are largely driven by the same human emotions of extreme fear, where there appears to be no end to bad market news. The second key driver of late-stage bear markets is the dynamics between sellers, who are so-called “weak hands” and the buyers, so-called “strong hands”. Weak hands are those who have lost conviction, who want to just get out to limit their losses or are forced sellers due to their difficult financial situation. The buyers in these markets are strong hands whose conviction remains and can afford to risk further losses in the short term in order to make larger profits in the medium to long term. The market bottom gets put in when the weak hands run out of Bitcoin to sell.

When are the Future Returns the Highest?

What About the Wider Macroeconomic Backdrop?

Since their inception, Bitcoin and cryptoassets have not experienced such a macroeconomic environment similar to todays, with rapid quantitative tightening, high inflation and a possible recession. Since the start of the year, bitcoin Bitcoin and other cryptoassets have experienced higher correlations to equities, exhibiting the properties of risk-on assets. Prior to 2022, even in late 2021, the correlations between crypto and all other asset classes were close to zero and short lived.

In spite of the recent higher correlations, statistical analysis suggests that the risk factors which drive equity markets do not generally drive cryptoasset markets. Market correlations are an aggregated measure, which is the average of many independent buyers and sellers. Especially for crypto, different market participants treat crypto differently within their portfolio. Some treat crypto as a safe haven “digital gold” asset, others as an uncorrelated asset, more traditional investors as a risk-on asset or a technology play.

Analysis of futures and spot markets for Bitcoin suggests that the increased correlations between crypto and other asset classes appear to be largely driven by futures markets, which have been driving the market down. However, as any sophisticated investors will know, medium to long term prices are determined by the demand and supply in the underlying spot markets. There is less evidence of a traditional risk rotation happening among Bitcoin spot holders. Based purely on previous crypto market cycle timings, a crypto market peak in the second half of 2021 and a deep bear market in 2022 was always likely, independent of macroeconomic conditions.