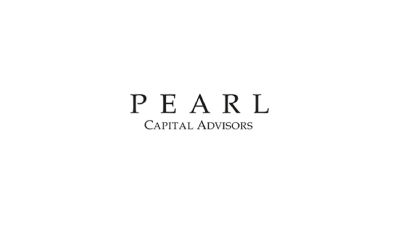 The table below shows the dates and values associated with the above commentary: 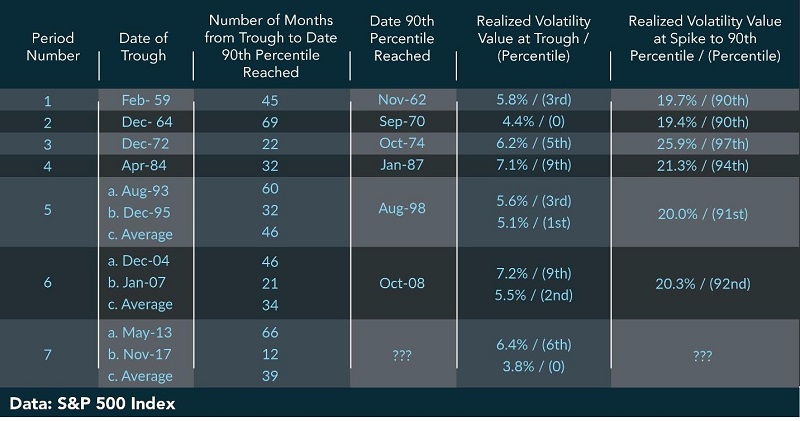 Of note are potentially three key similarities between Periods 5 and 6 with current volatility regime (Period 7):

Given the recent comments by our Fed Governors, such characteristics resonate with our current Period 7.

Over the last five years, market participants have experienced a prolonged low-volatility regime in which they may have grown accustomed to relatively low monthly swings in the S&P 500. Characteristic of the bottom quartile of Realised Volatility, the S&P 500 has primarily had monthly returns typically ranging from +/- 3%. As we have transitioned into 2018, Realised Volatility has moved into the second quartile, or an environment in which monthly returns in the S&P 500 typically range from +/- 5%. Should markets follow historical patterns and continue to march toward the top quartile of monthly returns, market participants should be prepared to endure market swings of upwards +/- 10-20%. 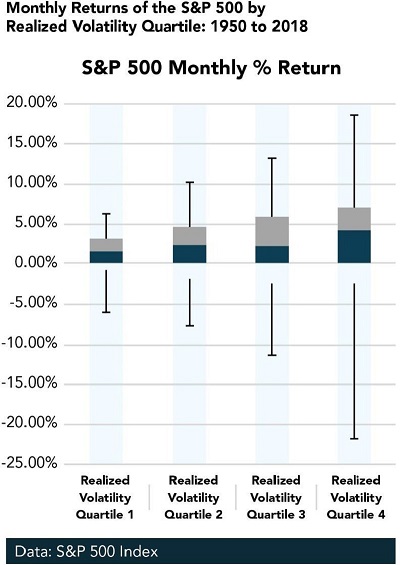 VIX Levels and Trends in Transition

Observing the behaviour of the VIX Index since 1990, one can remark on several characteristics (reference the below points with the chart below):

VIX Levels and Trends in Transition: 1990 to Present

In taking a closer look into the similarities between the 2008 and present periods in the VIX Front-Month Futures, we see the same dynamics at play: a respect in the 16-17 support/resistance line, a trend upward initiated by a spike and followed by a retest of the support line. 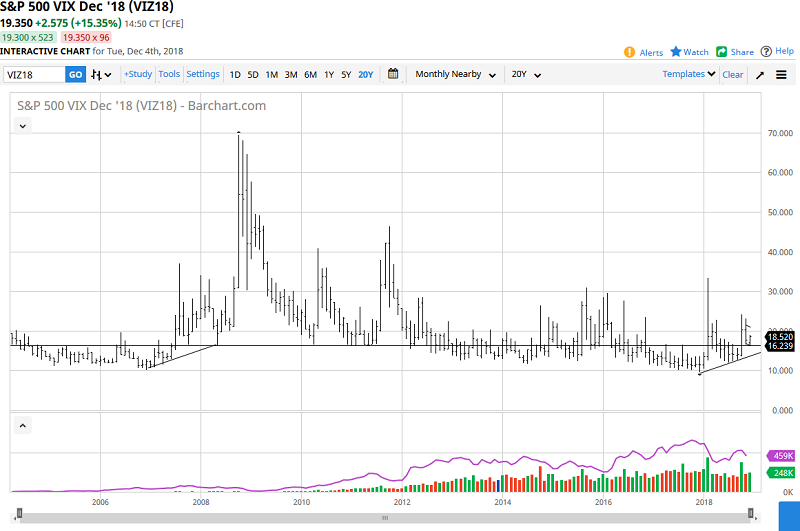 None of the above should be construed as a forecast that we are indeed transitioning into a higher volatility regime. If any statement is true about markets it is that they behave in their own way and in their own time. That said, the patterns are clear that moves into the lower percentiles of Realised Volatility have historically produced sharp snap-backs into higher- percentile volatility regimes. We are in the 39th month (averaging time since the May 2013 and Nov 2017 troughs) since the bottom of our latest Realised Volatility period. On average, it has taken Realised Volatility approximately 41 months to then make a move into its 90th percentile. As a warning, the late 1990's has taught us that increased volatility does NOT necessarily mean bear markets! The S&P 500 has made both all-time highs as well as corresponded with catastrophic bear markets in the context of higher volatility regimes.

In addition to the analysis of Realised Volatility regimes, understanding how the VIX Index and VIX Front-Month Futures transition can help put additional context around inflection points. It would seem that both the VIX Index and VIX Front-Month Futures are telegraphing a potential move into a higher-volatility regime—marked by the pattern of the initial spike off the trough, a retest of the historically significant resistance/support levels, and lastly followed by a move higher.

Given the above data and analysis, a higher-than-normal probability exists that we are in the midst of a prelude to a higher volatility regime regardless of the direction of the S&P 500.

This presentation is for informational purposes only. These results of the Pearl Hedged VIX program (“Program”) are compiled by Pearl Capital Advisors, LLC and are unaudited and may be incomplete or even inaccurate, although are deemed to be generally reliable. None of the results or analysis included herein should be construed as an offer to sell. Investors should consult their own adviser, legal, and tax consultants before making any investment decision. Individual accounts may vary in performance depending on size, funding level, and fee structure.