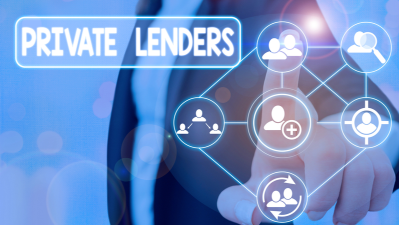 Private Debt Market Set For Another Ten Years Of Growth

2022 represents something of an anniversary for the private debt market. Whilst the beginnings of the sector go back to the last century, the industry that most in the investment world think of when they hear the terms ‘private debt’, or ‘private credit’, is the one where investment funds lend money to (mostly private) small to medium sized businesses.

The industry can be said to have really gotten started in 2012, according to Treabhor Mac Eochaidh, Executive Director and Head of Debt Services at MUFG Investor Services. Whilst many point to the retraction in bank lending in the aftermath of the Global Financial Crisis (GFC) in 2008-2009 as being the ‘big bang’ moment for private debt, in reality, it took a few years for the sector to really get going.

“2012 was when it kicked off properly,” said Mac Eochaidh. “Some of the syndicated bank loans – those that originated both before and just after the GFC - started to default around two or three years later. Banks started to deleverage at this point, so that’s when private debt funds really started to come in to fill the lending gap.”

North America and Europe have provided the soil from which the direct lending flowers have grown, which is to be expected, given these regions have more established middle market sectors. But the next ten years could see the rest of the world taking a larger share of the pie.

“The big managers now all have offices in different regions to take advantage of the opportunities outside Europe and North America. In India, they’re looking to change the laws and get more comfortable about being a borrower. In Southeast Asia there is a huge appetite for infrastructure debt because they’re constantly building. Ten years ago, you’d never have seen interest from the Middle East in investing in direct lending deals but now there’s appetite for solutions. The market is huge,” said Mac Eochaidh.

“We’ve seen a lot of evergreen funds in the private debt sector in the past few years. They’ve been very popular,” said Mac Eochaidh. “It helps solve for the same issue PE managers have had in recent years – not wanting to offload something before it hits its peak and creating more opportunities for LPs to either jump out of the portfolio or stay there.”

Additionally, the convergence of the smaller market private equity and venture capital – venture capital managers going up the ladder, buyout managers coming down it – is also being observed in private debt, something that’s been fueled by the effects of the Covid-19 pandemic.

“We’re seeing activity in a lot of sectors that are perhaps newer to the private debt market. There is definitely a focus on tech and SaaS – private debt firms are reaching to the start-up community in Silicon Valley as some of the more traditional industries that the market served before the pandemic became more restricted. But I think that will continue as you see more and more startups staying private for longer,” said Mac Eochaidh.

As with any maturing investment market, some of the returns enjoyed by the early entrants – a decade ago, it wasn’t unusual to see loans with interest rates in the high teens and twenties – won’t be as high as they once were. And Mac Eochaidh also says that private equity fund managers are now bringing direct lending into their funds, enabling them to offer more solutions to their portfolio companies across the capital structure. But maturity, innovation and competition doesn’t necessarily mean fewer opportunities.

“The private debt market is still somewhat embryonic in the grand scheme of the overall investment management industry,” said Mac Eochaidh. “Yes, the market now has more participants than ever before. But it’s not even close to being saturated. I think that in ten years the industry will still be in a situation where it has significant room for growth.”