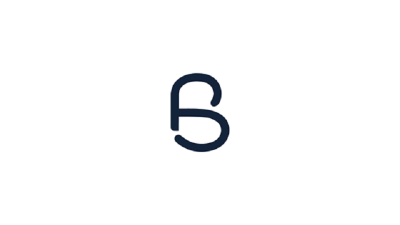 The Future Of Cryptocurrencies - Ready To Buy Amazon At $9?

You might think from recent press coverage of cryptocurrencies that everything is doom and gloom in the space. And of course, it is significant that a speculative bubble in cryptocurrencies formed and then burst. Bitcoin has declined in price by around 85% since its December 2017 peak. But underneath the volatile price movements, there are profound changes underway that will transform the space and ultimately have a major impact on the global economy.

At the forefront of these changes are stablecoins, cryptocurrencies which are pegged to the value of stable real-world assets such as the US dollar or Euro. They offer the advantages of cryptocurrencies, such as negligible fees and incredible speeds on global transactions compared to fiat currencies, without the volatility associated with free floating cryptocurrencies such as Bitcoin or Ether. Most importantly however, they are transferable on global decentralised blockchain networks, where transactions are both cryptographically secured and transparent.

Tether, the US dollar-backed stablecoin, is the most established in the space, but it now faces major competition from USD Coin (USDC), which was recently launched by the peer-to-peer payments company Circle and the leading crypto exchange, Coinbase.  They say that the token is backed by actual US dollars in a traditional bank account, and demonstrated that by issuing an “attestation” report by the accounting firm Grant Thornton, showing that over $127m was held in a custody account to cover a similar amount of USDC in circulation.

Stablecoins like USDC will be transformative for e-commerce because there is no risk of instability, unlike traditional crypto currencies. They allow consumers to take advantage of blockchain technology for transactions, meaning swift global payments, negligible transaction fees, and transfers are 100% traceable. And it is much easier to use, transfer and store digital dollars in e-commerce applications than traditional bank-account based dollars.

The decentralised global networks through which these stablecoin transfers take place will, for the foreseeable future, most likely be the Bitcoin and Ethereum blockchains, given the fact that they provide existing, tried and tested infrastructure. The necessary work to validate transactions is performed by dedicated providers of such services, the miners. Those global blockchains will continue to evolve both in terms of capacity of the number of transactions and speed via software upgrades (so-called “soft or hard forks”).

The native cryptocurrencies of these blockchains, Bitcoin and Ether, which serve as the medium of compensation for these services, will thus increase in value in line with the number of users. As such, Bitcoin and Ether will be become the “oil” of a global e-commerce economy and constitute a highly investable crypto asset class by institutions.

Finally, as dire as the current crypto market seems, a parallel can be drawn with the early stages of another disruptive industry, the internet. When the Dotcom bubble burst in 2001, Amazon’s share price dropped by around 90% and by 6 April 2001 its shares could be bought at under $9. By September 2018 however, Amazon’s shares were trading at $2,000, and the company is today one of the world’s largest companies by market capitalisation.

The bursting of that speculative bubble, Dotcom 1.0, was with hindsight a process of creative destruction. It cleared away the first generation of Dotcom firms, such as Lycos, Altavista and Netscape, and helped to create the conditions for the rise of household names like Google, Facebook, Instagram and Spotify in the Dotcom 2.0 era which utilised the new technology to transform how we live.

We may be at a similar inflection point with cryptocurrencies. The speculative bubble of Crypto 1.0 may have burst, but Crypto 2.0 will be about the successful adoption of blockchain technology globally. In a decade, it is likely that a new generation of firms will have become household names in the space. To invest in these firms now is the equivalent of buying Amazon at $9. There may be no better time to get into the space.

Cedric Jeanson is Founder and CEO of BitSpread