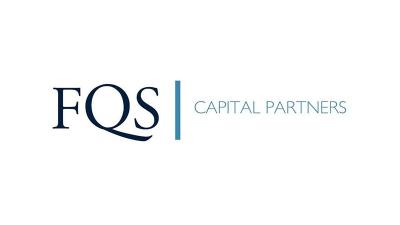 Why have bitcoin and cryptocurrencies garnered increasing interest among governments, financial institutions, investors, and traders?

Most likely because, if you purchased $1,000 worth of bitcoins at $13.40 on January 3, 2014, they would be worth $537,308 on July 20, 2018 when the closing price hit $7,333.93. Despite its meteoric rise and volatility, the biggest risk investors face is that cryptocurrencies could be considered an “infant industry”. A cryptocurrency is an alternative digital currency that uses a distributed decentralized ledger to manage the creation of new currency units and execute transactions securely and anonymously.

Institutions are slowly analyzing how cryptocurrencies, and the blockchain technology that supports them, disintermediate transactions within currency management, securities trading, resource allocation, contract management, and just about any activity that demands a trusted third-party to execute. This technology allows investors to operate at greater speed, security, surety, confidentiality, and lower cost. However, the crypto revolution is in its early stages and the details investors seek to make the crypto promise a reality is far from settled -- further shakeouts are likely. 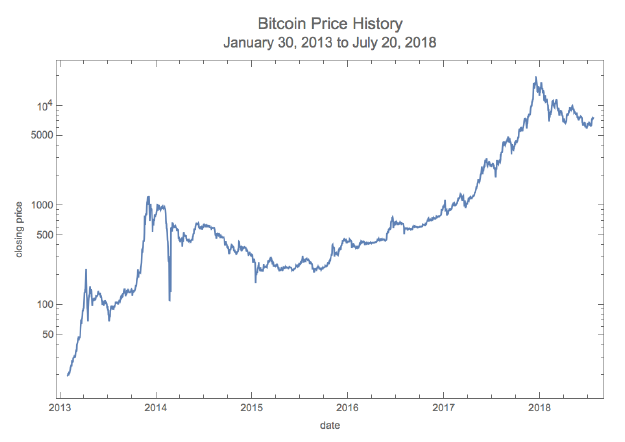 A cryptocurrency, whose units are called coins or tokens, is a digital asset that, like fiat money, is not backed by hard assets and is intended to be used as a medium of exchange and store of value. Unlike fiat currencies, there is no trusted third-party to create cryptocurrencies (a central bank) or to transact and record them (a bank or other financial institution). Cryptocurrency exchanges maintain a distributed digital ledger in which currency units are created and transactions are executed and recorded by consensus. Transactions in Bitcoin and most other cryptocurrencies are public and anonymous.

Reactions from the establishment

Many economists, governments, and financial institutions reacted with skepticism, or outright hostility, towards cryptocurrencies. Early in 2018 economist Paul Krugman said, “Bitcoin is worthless…its price rise has been driven purely by speculation—by what Robert Shiller calls a natural Ponzi scheme in which entrants make money only because others buy in…”. Jamie Dimon, CEO of JP Morgan Case, has called Bitcoin a “fraud”.

Governments and large financial firms do not take disintermediation lightly. Regulations are not yet cemented, and some require that exchanges maintain personal information about their users. In 2014 the Chinese Central Bank banned the handling of cryptocurrencies by their financial institutions. UK Prime Minister Theresa May said that cryptocurrencies like Bitcoin should be looked at “very seriously.” In 2018 US Treasury Secretary Steve Mnuchin stated that there was no need for “crypto” alternatives to the US dollar and that the Treasury’s Financial Stability Oversight Council has established a working group to evaluate their risks and illegal uses.

An additional motivation for American cryptocurrency resisters is to preserve the US dollar’s role as the world’s reserve currency. The dollar is the primary currency of international exchange. Many countries buy and sell Treasuries to fix their exchange rate or to keep it within close bounds. This is done to stabilize their currency and facilitate trade. Estimates are that two thirds of the world’s foreign currency reserves are in dollars.

While larger governments and central banks maintain suspicions, smaller ones embrace cryptocurrencies. In February 2018 Venezuela, using its crude oil reserves as a backing, launched its own cryptocurrency, the Petro—whose purchase in the US was quickly banned. A month later the Marshall Islands launched the Sovereign or SOV as legal tender alongside the US dollar. Predictably, the specter of stricter regulation in some countries has resulted in others setting themselves up as crypto safe havens with minimal reporting and low taxes. Lithuania already has a mature and well-regarded international banking and finance system and was an early supporter of cryptocurrencies.

Institutions should be aware of cryptocurrency frauds

Supporters of cryptocurrency claim that it is less prone to fraud, and they say security will improve as it becomes widely used, and as users become more experienced. Yet there have been major cryptocurrency thefts. In July 2018 Autonomous Research, a financial-services research firm, revealed that there were at least 56 cyber-attacks at cryptocurrency exchanges with total loses topping $1.6

billion. Carbon Black, a cyber-security firm, noted that much of the malware used to hack exchanges is cheap, readily available, and does not require much technical skill to operate.

Aside from security lapses, many initial coin offerings (ICOs) are outright scams. Investors anxious to participate in price run–ups that often occur when a new cryptocurrency comes online, are instead finding that they have been defrauded. Recent research conducted by The Wall Street Journal and China’s National Committee of Experts on Internet Financial Security concluded that about 20% of ICOs offered in the last twelve months and more than 400 of the existing cryptocurrencies are frauds.

How institutions can use cryptocurrencies

Aside from genuine issues of illegal activities, many institutions are concerned because cryptocurrencies support functions that represent these organizations’ raisons d’etre. Yet attitudes are changing.

Today, banks are considering support for cryptocurrencies and funds dealing in them. This may give managers the opportunity to be recognized as SEC advisors, an option that was not available before. In 2017 Goldman Sachs began including comments on Bitcoin in reports to clients, and there is now the Bitcoin Investment Trust, a passively managed trust backed by bitcoin that has daily liquidity. Commodity exchanges, the Cboe and CME, offer Bitcoin futures. Deutsche Bank sees significant international business opportunities in using blockchains to provide secure, fast, low cost, and “graft free” transactions involving digital tokens representing everything from traditional currencies, real estate, securities, and other assets. Many “cryptocurrency” exchanges already expanded their business model to include such generalized tokens. Lastly, IBM developed its own blockchain platform with applications in financial services, insurance, and supply chain management.

The risk of low legitimacy

Cryptocurrencies experienced wide swings in value over its short history and this volatility means holding positions carry tremendous risk. Early in 2018 Warren Buffett said, “I can say almost certainly [cryptocurrencies] will come to a bad ending. When… or how I don’t know… If I could buy a five-year put… I’d be glad to do it, but I would never short a dime’s worth.” Buffet’s comment makes it clear that despite the fact he believes cryptocurrencies will eventually become worthless, he recognizes that they are so volatile that a short position could very well bankrupt an investor before that happens.

In the long-term, cryptocurrencies’ greatest risk is whether they will ever be accepted as money. An increasing number of businesses are willing to deal with some of the major cryptocurrencies as a medium of exchange, yet widespread use during transactions has not materialized.

Many find the possibility that cryptocurrencies will ever become recognized as a bone fide currency remote, arguing that there is no basis for people to assign any value to them. Much of the same argument, however, was leveled against fiat currencies when the world abandoned the gold standard. The counter argument that national fiat currencies are managed by central banks to maintain the necessary discipline preventing unhealthy levels of inflation and deflation, is easily met with countless examples where countries have failed to exercise proper discipline. Cryptocurrencies have the incorruptible function of the blockchain to control them.

To say that valuations of cryptocurrencies have been extremely volatile is an understatement, and it is hard to see how any of them can function as a viable form of money unless that volatility is tamed. The institutional community should understand that until volatility decreases, even the most mature cryptocurrencies cannot function as workable stores of value.