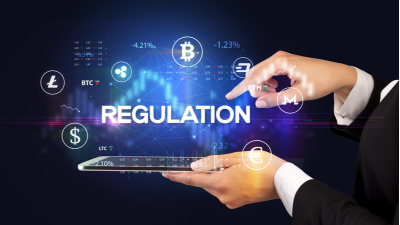 On February 9th, U.S. regulator the Securities and Exchanges Commission announced proposals to amend the Investment Advisers Act of 1940 to “enhance the regulation of private fund advisers and to protect private fund investors by increasing transparency, competition, and efficiency.”

This prohibition – Proposed Rule 211(h)(2)-1 to be specific – would have a significant impact on hedge fund managers, according to Daryoush Niknejad, General Counsel at Sanne in Dallas, TX.

“Most advisers treat investors in different ways and for all kinds of reasons - or no reason at all. Fundamentally, the rule would require them to look at every agreement, report/statement, or practice for every investor to identify the ones that might have a material negative effect on other investors (and would therefore be prohibited), and all the others that need mere ‘disclosure’, he said.

Hedge fund managers are used to disclosure, but this time, it’s different.

“’Disclosure’ does not appear to mean the more general kind that advisers are used to. Simply saying some investors may pay different amounts based on their size of investment won’t do. The SEC states that instead the adviser must describe the specific fee terms, which would naturally create some fee pressure from similarly situated investors,” said Niknejad.

Also in the proposals is a prohibition on limitations of liability in certain activities. Almost every limited partner agreement and private placement memorandum includes some indemnity and limitation of liability. Hedge fund managers will need to get their documents updated, which means paying their lawyers (even more). But that’s not even close to the really bad news if these amendments pass.

“Imagine, for example, an activist adviser is involved in some litigation against a name in the portfolio — pretty common stuff. But with these new rules, virtually any counterclaim puts the adviser at risk of loss. This also increases the scope of potential litigation between the adviser and its investors. This part of the proposal is what I hear from advisers most about — especially the expected rise in the costs of insurance related to it,” said Niknejad. “The back-end cost is potentially limitless.”

Another stand-out prohibition, according to Niknejad, is the one banning fees associated with compliance and regulation at the fund level.

“It has been a trend to outsource some portion of compliance to law firms and consultants and charge the funds for those costs - so long as they are adequately disclosed,” he said. “It looks like advisers will now be updating their disclosures, eating those costs, and having to go through an exercise to determine what costs are related to them versus the fund.”

Launching a new company is a big deal for anyone that tries it; it’s an emotional rollercoaster even if it goes well. Recent data from HFR suggests that 2021 saw a bounce back in the launch of new funds, the best year since 2017; it’s never been more difficult to do, however, because of the regulatory burden now in place, not to mention the increased demands placed on managers by institutional investors seeking more information about more aspects of the firm’s business before deciding which funds get the allocation. Some investment management firms and funds have deliberately stayed smaller for longer in order to operate under a lighter regulatory regime whilst building a track record and infrastructure. If the amendments get passed, this strategy disappears.

“It's important to note that, as written, these proposal and the “preferential treatment” one applies even to advisers not registered with the SEC, including those registered with a state or exempt from registration—so basically all investment advisers (as that term is defined under the securities laws).  The cost of compliance and the cost of insuring against and/or shouldering liability will be a blow for the small, local guys,” said Niknejad.

So, will these proposed amendments lead to something of a shake-out of the hedge fund industry? Yes, and no.

“These proposals on their own are unlikely to have that kind of effect, but the SEC has been slowly boiling the frog since Dodd-Frank,” said Niknejad. “We are moving in a direction where private funds are regulatorily looking like registered funds but with a more restricted investor base - i.e., accredited investors, qualified clients, and qualified purchasers. If these advisers are limited to sophisticated investors but can’t treat them as such to reduce cost or liability, the natural result could be a mounting shake out over time.”

The SEC isn’t stopping at reforming the ’40 Act. There are proposals out to shorten the time frame for Section 13D/G filings (for large holdings in public companies) and to increase the frequency of short position reporting, both of which add to the regulatory burden. For hedge fund managers in the United States – and those abroad that count U.S. investors as clients – Niknejad has a somewhat deflating message.

“This slew of regulatory proposals seems to be only the beginning,” he said.