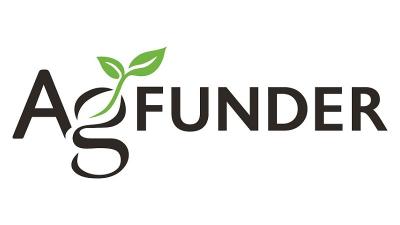 The Trends In AgriFoodTech That Are Paying Dividends For AgFunder

The AgTech and FoodTech (agrifoodtech) sector has gone from an investment backwater a decade ago to one that attracted US$30bn in VC investment in 2020.

As Venture Capital firm AgFunder outlined to delegates at a recent WM Nexus round table, the sector and other climate-smart sectors have become a well-defined investment destination.

Oprah has invested in Apeel Sciences, a company extending the shelf life of fruits and vegetables to address food waste.

John Legend and Natalie Portman have invested in MycoWorks, which is making alternative leather from mushrooms, while JayZ has invested in Simulate, a portfolio company creating plant-based foods with the ambition of replacing chicken.

AgFunder's founding partner, Rob Leclerc says: “When we started, there were a handful of interesting companies to invest in. Today our investment team is looking at 150 to 200 companies per month. Our knowledge base has swelled to about 40,000 start-ups. Some of the biggest and most well-known venture capital firms are now investing.”

It is also achieving significant exits. One investment, Bear Flag Robotics, which retrofits autonomous driving and navigational equipment to tractors was acquired by John Deere for $250m in August this year. Another, GreenLight Biosciences, an agbiotech company specialising in RNA technology has just gone public using a SPAC arrangement which valued it at $1.2bn.

It represents a remarkable transformation from when Leclerc and cofounder Michael Dean arrived in Silicon Valley in 2013 and, in Leclerc’s words, people looked at them like they were Jed Clampett and family from the Beverly Hillbillies.

They had just seen their agriculture project in Mali come to naught in the aftermath of the 2012 Mali coup d’etat. One morning in 2012 they woke up to find they were effectively out of business having spent three years building a for-profit food and agriculture business in the country.

They had developed 40,000 hectares of land, signing up about 1,500 smallholder farmers, building food processing facilities and selling those products into the local market.

This chastening experience gave them great insight into the threat from and drivers of climate change, soil degradation, pest resistance, weak supply chains and poor nutrition.

“We wanted a new kind of venture capital firm founded on a mission to rapidly transform our food and agriculture system through the belief that venture capital can be a platform for change. We recognised that technology could completely rewrite the script on this $8 trillion industry. But there was just one big problem and that was, no one actually cared,” he says.

This explains AgFunder’s decision to first build a platform around content and community, based on the founders’ belief that AgTech was suffering not just from a lack of venture capital but also from a lack of investor literacy.

AgFunderNews (now AFN) set out to establish itself as a kind of TechCrunch for the sector, and now has 90,000 subscribers to its weekly newsletter.

Leclerc says: “It gives us an incredible structural advantage as a VC fund. First, the ability to be in a privileged position to access the very best opportunities in the market. And second, the ability to win allocation in those companies at reasonable terms with one of the most powerful networks in the industry, allowing us to build and scale our portfolio companies,” he adds.

Louisa Burwood-Taylor, head of media and research at AgFunder and editor of AFN says the sector is seeing an increase in later stage funding as first generation AgTech companies have matured. It is now a defined investment destination, although still subject to the trends laid out by the Gartner hype cycle, where emerging technologies tend to experience a peak of inflated expectations in the early days, followed by the trough of disillusionment after they get overhyped and then a plateau of enlightenment as the technology becomes established.

For example, 2015 was a breakthrough year for investment in drones, but in 2016 there was a pullback or trough.

“At the time, startups were promoting their drones as giving farmers a view of the fields they'd never had before. But in reality, farmers were drowning in ‘pretty pictures’ of their farms that could only tell them something had already happened and when it was too late. It soon became apparent that the ultimate value-added proposition was for start-ups to alert farmers to problems in the field before they became unsolvable.”

Yet some entrepreneurs were surprised at how hard this task was.

“You would not market a standalone drone product now. They're now part of a broader analytics offering alongside other data sources such as satellite imagery, soil data, weather, overlaid with artificial intelligence to give farmers actionable insights.”

Likewise, in 2016, any article about vertical farming always received more column inches than was justified given its limited market presence at that stage. There are only 30 hectares equivalent farmland in indoor, vertical farming compared with 500,000 hectares in greenhouses and 50 million hectares under cultivation. It remains relatively small but there are signs that this is now changing and that it’s diversifying beyond leafy greens.

She adds: “One of the leaders, Bowery out of New York, recently told me that they've had 750% growth in grocery sales since last January. I also got off the phone to a farm out in Virginia recently, and they said that they have 35% market share for all fresh herbs in the US from their high-tech greenhouses and vertical farms. Indoor agriculture is no longer theoretical.”

With vertical farming included in the manifestos of governments across the world like the UK, Singapore and the Middle East, it is set to become a $20 billion market in less than 10 years, she adds.

AgFunder is unlikely to invest directly in indoor farms but in firms supporting its development such as Root AI, which uses AI to power robots to harvest crops from high-tech indoor farming operations. Root AI, a former AgFunder portfolio company, was recently acquired by high-tech greenhouse operator AppHarvest.

Another investment, Intelligent Growth Solutions, has patents relating to managing large scale LED lighting to give plants only what they need to maximise their growth, creating optimal microclimates for the plants and minimising energy usage with growth systems certified net zero for carbon emissions.

She says they may become the ‘John Deere’ of indoor farming.

One of the most high-profile sectors is, of course, alternative meats.

The Good Food Institute data suggests investment in the alternative meat market hit a record of 3.1 billion in 2020 while Boston Consulting Group predicts that alternative meat will comprise 11% of the protein market by 2035.

AgFunder partner Manuel Gonzalez says: “There's still a lot of work to do. Sales of meat continue to increase and there are no big changes to more eco-friendly production practices.”

Yet some companies are aiming to change that.

Simulate is headed by a 21-year-old tipped to be the Elon Musk of food, Ben Pasternak.

Gonzalez says: “Every year, 50 billion chickens are slaughtered for food, translating to about 30 million tonnes of CO2 emissions. Simulate refer to themselves as the Tesla of chicken. Its singular mission is to make a plant-based alternative that is not only as good as chicken, but actually better by any measure.”

Another firm MycoWorks has created a fine mycelium-based leather that has the look, feel, and performance of animal leather.

“If you think about replacing the world's leather with mycelium, it would remove nearly 500 million tonnes of CO2 and the need to kill about 150 million animals annually. With companies such as Simulate and MycoWorks, we could potentially eliminate the slaughter of 50 billion chickens, 1.5 billion pigs, 300 million cattle and all the associated CO2 emissions,” says Gonzalez.

Food as medicine is also looking increasingly exciting and the social need is clear.

Around 88% of the US population is metabolically unhealthy with conditions such as high blood pressure, high cholesterol, diabetes and pre-diabetes which has also left them more vulnerable to Covid-19.

More generally, says Gonzalez, we know that diet plays a significant role in life expectancy, but not necessarily the reasons why.

“Their first discovery was that black pepper helps with fatty livers, but it is looking at things like the growing process, the provenance which can affect the amount of phytonutrients,” says Gonzalez.

Another portfolio company Faeth is seeking to make diet and nutrition the fifth pillar for cancer treatment along with surgery, chemo, radiation and immunotherapies.

He says: “They already own intellectual properties based on over a decade of scientific research, showing that cancer cells have a different metabolism than healthy cells, and that these cells can be specifically targeted through a precision diet and nutritional intervention.

Another major area of focus for entrepreneurs, farmers and investors is regenerative agriculture.

“It goes hand in hand with discussions about carbon markets with lots of start-ups pivoting to provide measurements and marketplaces. The potential for farmland to sequester carbon from the atmosphere is wonderful. But there are still many unknowns that can make modelling inaccurate, complex, and even unrealistic.”

Gonzalez says: “For the last 15 years, soybeans have been the workhorse for plant-based protein. We have yet to find a more sustainable or flexible substitute. Fyto has built an automated system to grow aquatic plants as a one-to-one substitute. Where one tonne of soy has a carbon footprint of 130 kilos, one tonne of Fyto is carbon negative by 1.2 tonnes. It uses 89% less water, 92% less land and has a production cost 3% less than soy.”

CH4 Global is setting out to achieve zero methane agriculture using a unique seaweed called Asparagopsis with 10 years of research behind it, showing 60 to 90% reduction in methane emissions from both dairy and beef cows.

He adds: “There is no silver bullet to solve all the environmental health and social problems that we have created over centuries. We need to find global and sectoral diverse ideas to solve these problems and that is why we invest broadly across major themes in the food and agri-value chain.”