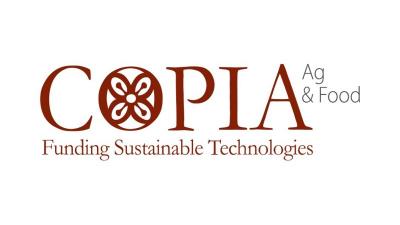 It is almost a cliché to say that research institutes and universities can drive business innovation and boost the economy.

Yet even in Israel, with the highest per capita R&D spend in the world, sometimes that connection between business and research is less than optimal with the risk that a potentially world-changing technology does not make it to market.

Venture capital firm Copia Agro & Food Technologies has placed this analysis, and a solution to it, at the heart of its investment strategy.

It builds on the extraordinary recent success story of Israel in terms of start-ups but also its much-longer track record in agricultural innovation, which has been driven by state-backed institutes.

Copia works with these institutes connecting their innovative technologies and services with smaller industrial corporations with the ultimate goal of licensing the technologies to global multinationals in the sector.

In the process, it looks to add significant value across the food supply chain while addressing impact in the areas of food security, climate change, and the negative impact of agriculture on the environment with investments covering as many as seven of the UN Sustainable Development Goals.

Copia managing partner Ohad Zuckerman said: “When we started, we identified that many technologies came out of the research institutions but did not reach the market. They ended up as a nice article in a journal and no more.

“We source tech from these institutions and with industrial partners aim to turn it into products and processes for the supply chain. That is part of our vision to improve the supply chain overall.”

The first Copia fund connects Israeli research and tech with many international players. The second fund will also encompass research institutes and universities beyond Israel.

Zuckerman said: “We are a small country without a lot of arable land. We don’t have a lot of water. There are security challenges too. We have to be self-sufficient and that causes the government to invest a huge amount of money in research institutions focusing on agriculture and food, to come up with technologies to enable us to be self-sufficient and overcome environmental challenges. If you combine that with an educated, entrepreneurial population, we have companies that are world leaders.”

One could argue that such research is embedded in the culture yet there is still a need to bridge the gap.

Zuckerman said: “The research institutes and companies are very different entities. They speak different languages. They may have conflicting interests. The key success factor is to build cooperation and good communications.

“The idea is to take the tech and find a way to understand what the research is, what development is needed to create a smooth process and commercialise that. We do it with very hands-on management and fast, cost-effective execution.”

The approach means that everyone does what they know and do best. “Researchers work on the research, the companies focus on development, commercialisation and we focus on the process, making sure they are speaking the same language. We set tight budgets, milestones and coordinate the work,” he said.

The first Copia fund was established in 2014 raising the relatively small sum of $27m. That points to the cost-effective and relatively capital-light nature of the approach too.

The current portfolio divides into 28 investments, 26 projects from research institutes and two from start-ups. There are seven projects incorporated into companies and six have industrial partners.

Copia 2, with a broader international outlook – it can invest up to 35 per cent outside Israel - is looking to raise between $80m and $120m. It will still have a strong Israel focus, and the larger raise, is partly to take advantage an increased emphasis in Israel on more capital-intensive gene editing, precision agriculture and materials development.

The fund has a time horizon of 7 years though an additional year may be added twice. The investment period is in years one to four with a minimum partner commitment of $1m, management fee of two per cent, carried interest at 20 per cent and a hurdle of eight per cent.

The range of projects already financed and on the brink of significant commercialisation remains impressive.

Eyal Cohen, the other managing partner described some of the projects.

ToBe2 will help address the potential global crisis due to the precipitous decline of honeybees. The culprit is a parasitic mite called the varroa, which feeds on the bees and transmits viruses and diseases within the hive.

The solution is an automated device to treat varroa infestation with remote hive management and a sensing platform. Copia says it reduces varroa infestation by 98 per cent and enables higher honey yield with no chemical residues.

Although the technology is Israeli, the process is international and typically swift.

What may also interest potential investors is the relatively small level of funding from Copia – of $2m – which came after proof of concept had been established. Copia should exit with ownership of around 30 per cent of the special purpose company.

The market is huge with the cartridges involved replaced annually. It is also a potentially world-transforming technology.

It has similar efficacy levels as the incumbent solution, Dormex, the commercial name for Hydrogen Cyanimide. It is now banned in Europe and under review in other markets.

The firm expects registration in Israel and South Africa this year, trials across the world next year and sales beginning in 2023.

It will set up a special purpose company for the project retaining a significant stake of around 30 or 40 per cent with the research institution and industrial partner firm holding the rest. IP ownership may reside with the Israeli government and/or agricultural institute but the licence will be held within the SPV which it can then sub-licenced by region or perhaps by crop type.

This range of impressive technologies prompted questions from delegates regarding intellectual property.

As Cohen explained: “We put tremendous efforts into strategic IP protection. That is the value we bring when we make the final sale.

“We brainstorm with the IP lawyers, industrial partners and the researchers. For any of the mature technologies, we have at least two patents that protect them from several angles, and over time we strengthen the IP.”

They were also asked about whether they saw giant agricultural multinationals as rivals which might be up barriers to adoption. They made it clear that through the research and commercial process they wanted to work with smaller industrial firms, adding that the likes of Bayer, BASF, Monsanto and Syngenta are likely to be their end customers. They are selling them a ‘mature solution’ and a licence not the technology itself.

Zuckerman said: “We don’t want things to end with beautiful technology, beautiful articles about it, brilliant science but no product.”