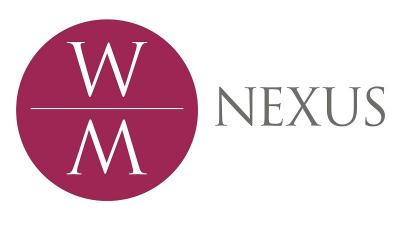 Family offices have always been an important feature of the investment landscape bringing a different perspective and time horizon compared with venture capital and private equity investors, but they are set to become even more important.

They are very well placed to invest in the sort of transformational technologies the planet requires for a sustainable future. Yet the pandemic brings another set of challenges, dilemmas and choices as the world seeks to recover. One of these is as a more salient source of capital.

A panel of family offices members and professionals debated this at the recent WM Nexus virtual forum under the bracing title ‘Sustainability in industries essential to livelihoods’.

She noted a recent report from Association of Financial Markets in Europe suggesting a €1trillion capital gap due to the pandemic, one that may not be easily addressed by public investment markets or government investment.

“Traditional sources of funding are going to be tougher to access for new start-ups and seed investments. From a family office point of view, we are being approached to fund not only what we normally look at - projects that don’t fit the traditional mould - but also projects that normally go to traditional capital markets.”

She cautioned that family offices are going to be more selective while advising project leaders looking for funding to understand they are not approaching commercial banks. Family offices are looking for “specific projects that represent the family’s values and what specific members are interested in”.

She also suggested they avoid greenwashing.

“The green tick box culture has gone. We are looking for real solutions to real problems; solutions to help people on the ground. We expect the tech to provide those solutions and we want measurable sustainability and measurable impact.”

First it is to futureproof the core pharmaceutical business, increasing margins and building resilience in a sector facing intense competition from digitalisation and globalisation.

The other track involves the office scouting for investments which are “the shovel supplier in the goldrush”.

He added that World Economic Forum data showed that the right innovation and embrace of technology often came with intrinsic impact certainly addressing the social and environmental components of ESG. That, in turn, helped address the risk of greenwashing.

That brings a huge opportunity.

He said: “Where it gets exciting is looking for generational transformation, identifying outstanding entrepreneurs who are pioneering global businesses with sustainability at their core. It is an unstoppable megatrend and we see amazing opportunities.”

He is also looking for businesses that offer domination within a niche, particularly tech-enabled ventures meeting the UN Sustainable Development Goals but particularly the climate change goal.

That is reflected in projects where his office, Aera VC has provided seed funding – such as a chemical company Solugen based in, of all places, Houston, Texas. It makes hydrogen peroxide out of a yeast enzyme and have used this eco-friendly product to create cost-competitive replacements for heavy-duty chemicals.

He also highlighted a Nigerian firm, 54Gene which has created a next generation DNA biobank.

Sustainable energy offered the chance of missing out the fossil fuel stage altogether for some. It could echo Africa skipping the need to create a lot of telecoms and traditional banking infrastructure though once again driven by necessity.

Panellist did have concerns notably about social unrest which could surge post pandemic.

Cooper especially voiced these concerns, but at the same time said there were moral and economic imperatives in facilitating Africa’s ability to compete on a level playing field.

She said that family offices are looking at tech which will be ‘inclusive tech’. “They are extremely concerned about the chasm between the perceived haves and have nots worldwide. We need to have an inclusive society so projects that will create jobs and workforce financial security will score higher.”

Baurek-Karlic added: “One reason Africa is ahead in mobile banking is there is no incumbent structure of established banking networks.

“You need a laptop, to learn to code and then you are good enough to start your business. Not much investment is needed, and this is an inclusive factor.”

He cited Mauritius as a particularly strong hub.

The need is staggeringly high, however. Around 600 million people do not have access to electricity and 730 million rely on biomass as a fuel on the continent.

“If you look at East Africa where 20 per cent have access to electricity, with solar, it does not just improves the state of the climate, but with access to power you can provide education, employment, safety, sanitation. It’s really attractive for solar, wind, hydro power all with prices decreasing through economies of scale.”

Cooper also made the case for hydrogen-based transport technologies because post pandemic she expects a big return in demand for sustainable commercial and personal transport solutions.

“Every region has to be different. There won’t be one solution for the entire planet.”

Of course, ideas still need to be investable.

Solar panels, for example, became so competitive as to become almost un-investable or at least for those seeking a reasonable return. But developments in see-through cells, using ionic liquids and designed to appeal to high end architects had brought a remarkable jump in efficiency, showing that technologies could become investable again, Baurek-Karlic noted.

Small but fundamental changes in the inner workings of technology – ‘the clockworks’ could be transformative he said.

De la Porte asserted that there will be a wall of capital, moving from carbon intensive industries to more sustainable ones.

Microsoft and even mining stock BHP have carbon neutral targets. “It is not a case of ‘it might happen’. This structural change is happening.”

And he said one of the biggest changes is going to be supply chain transparency, hence his investment in Carbon Chain, a firm which audits suppliers in terms of the CO2 they generate to measure and manage their carbon risk..

He added that there were implications for small companies, family offices and large corporates in terms of the ability to access finance and insurance. That applied not just to carbon intensive firms but to firms across the whole economy driven in part by the stress tests faced by the banks.

Cooper however was a little more circumspect about the need not to cut firms off from funding for transition. She also remains concerned about some of the claims made about carbon neutrality.

She added: “We can’t keep bashing industries. We have to look at how they change. If they don’t have access to funding, they are not going to employ people. We are looking for a bit more honesty about CO2 neutrality and targets in the market as well.

“We have to be concerned that change is not going to have an impact on the poorest and not just in developing but also developed countries too.”