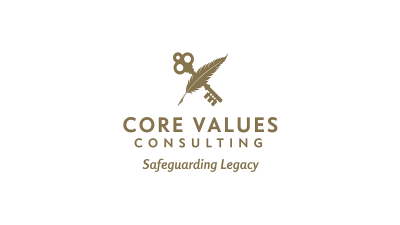 Lessons In Resilience During Challenging Times

The world is entering the endgame for the Covid-19 crisis and investors will soon be reviewing their response and asking how well they coped with a multi-layered and multi-level challenge.

One of the most interesting aspects is how individuals and organisations – both public and private - interacted once they got over the initial shock. It seems that getting that balance right reinforces resilience.

Resilience is therefore likely to be a key issue for investors as governments and corporate leaders around the world look ‘to build back better’.

The event was chaired by Alexandra (Sasha) Lund, founder and CEO of Core Values Consulting. Sasha brought to bear her considerable understanding of the importance of soft skills and emotional intelligence gleaned from her work in assisting families in building resilient and agile enterprises.

The discussion brought together the varying views and experiences of asset managers, family offices and advisers and consultants on coping with and coming through the crisis stronger.

We know that asset prices were hit by the crisis, and yet since the dramatic falls of late February and March, major market indices have recovered a lot of ground and in the US and much of Asia are well into positive territory.

That has disguised some significant market stresses such as dramatic cuts to dividends and significant corporate credit defaults. In private markets, deal making has been subdued.

Of course, we also need to remember that the crisis isn’t over. Three vaccines await regulatory approval and much of the next ‘chapter’ will be about logistics and public willingness to get vaccinated.

Yet we know the focus will also be on resilience for society, for business and indeed for individuals.

Lund asked panellists to compare Covid-19 to the global financial crisis of a decade earlier and how they had coped.

Barrs said: “As much as everyone wants to approach the asset allocation discussion as a long-term investor, who will tolerate periods of volatility, it is still challenging when those periods of stress occur. We held  active conservations with clients during the first quarter of this year, because those stress points were very apparent.

“As much as many people had lived through the financial crisis and recognised the importance of staying invested in risk assets, they were still not immune to stresses that could change those behaviours.

“However, with the GFC still in people’s minds, they recognised that missed opportunity in terms of allocating additional capital or worse pulling out of risk assets. Most clients maintained a long-term mind set.”

He added that with what has been an unexpectedly strong market recovery, investors needed to be aware of the likelihood of a K-shaped recovery with some businesses “on the road to success” post crisis and others “materially disrupted”.

If that is the asset management view, what of family offices?

Panellists suggested that family offices have found themselves sitting astride several crisis fault lines in terms of their investments, their core business and intra-family discussions and disputes.

Thompson had initially seen some family members start to panic a little.

“You had to remind them that a family business is a long-term thing and that they had to let whoever was running the business get on with it and trust in them.”

Pilati discussed how he had brought his experience of a  very different crisis to bear during recent events.

His family office had come through period of extreme turmoil due to a fraud discovered in 2015.

As a result, he eventually took over as CEO not long after he had just embarked on his post-university career.

He said: “It took us to three years to get through the crisis. It was a painful process.”

In broad terms, a fraud concerning leveraged loans on the family’s Costa Rican forestry holdings had provoked bank recalls of loans – an external crisis which came on top of a slower-moving internal crisis over succession. A big restructure, a tax efficient inheritance, an opportune rise in timber prices and an eventual sale of the original business saw the family office because a more diversified investment business.

He said: “In a crisis, you learn that every day is different. You get new information. There may be many players all with different agendas. The experience is helpful for the current crisis as it helped us build resilience. We did not go into flight and fight mode. We stayed much calmer.”

When the Covid-19 crisis struck, it prompted the sale of one holding, something they had been discussing – arguably for too long - and that liquidity has now facilitated two swift deals.

He said: “Due to the first crisis, we are more diversified and the readiness to cut losses has increased. We would rather cut off earlier and get into things that are performing to our expectations. In the past, we would hold on too long.

“We are not more risk-averse exactly, but we look more closely at the risk including more extensive personal due diligence on those we are investing in,” he added.

Thompson said that one way he grounded himself was through advising others including other business coaches.

“I started helping all sorts of people including other coaches, and investors, people who wanted and needed to talk and that built my own resilience.”

He drew inspiration and strength from the experience of older people who in Ireland have faced a very stringent lockdown regime.

“I did a lot of work with older people who, if they were over 60, couldn’t get out of their homes. The resilience they showed made quite an impact,” he said.

The crisis has seen elder members of family offices asking questions of themselves regarding succession.

For example, Barrs suggested that the nature of the healthcare discussion could shift. Post pandemic, a discussion of access to healthcare might also be framed as being about state resilience and security.

This combined society-level and individual-level approach could also apply to sustainability too.

There was a potential for a massive shift as a new Biden administration in the US joined Europe and China in seeking to fund a recovery focused on and driven by sustainability.

He said that could bring change of the “magnitude of the industrial revolution at the speed of the digital revolution”.

Barrs added that while the tools for measuring sustainability are well established assessing the social aspect is more difficult. How do you assess whether management are treating staff well at the peak of the crisis for example?

Among other things, Goldman Sachs is encouraging the firms it invests in to distribute equity to staff with a view that this will underpin business sustainability and profitability in the post crisis years.

But what of the immediate picture?

Pilati said: “No crisis is so hard you can’t get back up from it. If you want to, you can recover from it. If you go long term, you have to stomach market movements and weather crises, but I would add, it is okay to change your strategy and opinion. If you get the sweet spot of agility and long-term commitment, you are well set up to be resilient.”