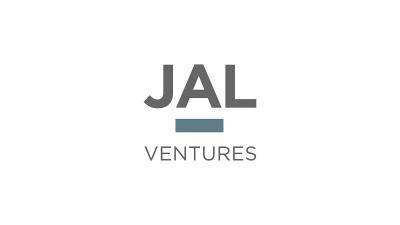 One of the most remarkable achievements in the burgeoning digital economy is the success of Israel in establishing itself as a centre of global significance in the technology space.

On almost any metric, the country is punching above its weight. It sits behind the UK in absolute terms but ahead other much larger countries. Israel attracted US$8.3billon in venture capital investments in 2019, ahead of Germany’s $5.8bn and not that far behind the UK’s $11bn.

Over those same three years, the deal value from M&A and IPOs from the leading sub-category of enterprise software has risen from $3.32bn to $4.5bn and $8.3bn.

The key to this success, said Tal Shaked, general partner at Israeli VC JAL Ventures, has been that the country has turned many of its disadvantages into advantages.

Shaked was speaking to delegates at the WM Nexus virtual event Impact Investing Opportunities in the Face of Global Challenges.

The context is that of a young and relatively small country, with few natural resources, facing significant threats and challenges where the need to build resilience is widely accepted as part of the way of life.

There are obligations on young people to serve time in the military, which Shaked argued gives an early appreciation of teamworking and, for many, leadership skills much of which are of subsequent use in building successful tech start-ups. This, along with the training and exposure to cutting edge technologies including cyber security, are Israel’s ingredients for success.

There is also a great deal of existing local knowledge about who is who, and their track record in investing and growing businesses. Indeed, it could arguably be said to echo the close-knit nature of the big financial centres such as London and New York several decades ago.

And having established the eco-system, it has now become self-reinforcing. Global corporations have been paying close attention to developments and are locating R&D centres in the country with all manner of beneficial knock-on impacts. The figures are, if anything, more impressive than the figures for new investment and deals done with over 400 multi-nationals basing R&D operations there, mostly as a result of acquiring a local start-up.

The line-up includes several generations of social media and tech giants such Facebook, Google, IBM and Microsoft, financial brands such as Barclays and innovative manufacturers such as Siemens and Sony, to name a few.

As a result, what once might have required flights, hotels, complicated itineraries and lengthy processes may now simply involve a walk down the street in Tel Aviv to meet investors, business partners and to some extent potential customers.

There are still many challenges.

Almost every Israeli start-up will have to target customers from Europe, the US or Asia from the get go.  Start-ups must think globally from day one because domestic success will simply not deliver sufficient scale, given its small population of less than ten million - lower than Belgium.

New opportunities may also be opening up with one panellist suggesting that the new treaty with the UAE also offers a significant entry to Africa.

Shaked emphasised that this indeed represents a major opportunity, albeit still in its early days.

The strategy is to provide expansion capital for early-revenue stage Israeli companies in the enterprise technology sector.

In terms of its track record, JAL has produced a three times equity multiple from 15 investments with five exits to date and a 20% net internal rate of return.

The JAL Ventures II Fund is raising $100m with two investments made to date with Shaked noting that 90% of Fund I investors have also invested in Fund II.

Shaked said the approach is to seek returns on all investments – and therefore a much higher hit ratio than many VC funds. JAL has cut their losses on just one investment to date. He believes the investment case for many of the companies in the portfolio has increased with the crisis, accelerating digitisation, migration to the cloud and remote working, with business customers increasingly placing issues such as resilience and security at the centre of their thinking.

He said: “Historically speaking, Israel has turned many of its disadvantages into advantages when it comes to technology. It has led us to develop a tech ecosystem that is not based on natural resources and which needs to think globally from day one, leverages the fact people are going through a process that teaches them leadership and exposes them to cutting edge technology.”

“With the pandemic, a huge disadvantage is again, in many cases turned into an advantage. You need to be able to work from home and to do things differently. Innovating and being able to adapt is the way to survive. In this sense, the companies in our portfolio are benefitting from being able to bring that to the table. Although the present challenges are very different from the historical ones – the ways to approach problems and disadvantages with innovation, flexibility and resilience are similar.”

As 2020 nears its close and with a world focused on resilience, a country and an investment eco-system that has already has resilience built into its DNA may present an interesting prospect for investors.