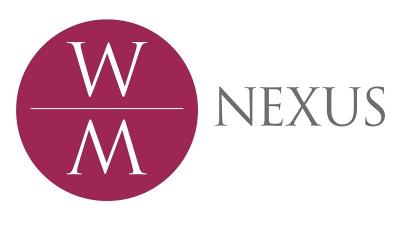 Family offices have always faced challenges in terms of managing wealth across different generations. Yet as more offices embrace impact investing how much do intergenerational differences come into play and how can such differences be managed effectively?

Fleming discussed the issue of helping families reflect on their priorities and the extent to which they could and should align their values and their investments.

Indeed, he can speak from experience. He noted that when the Fleming banking and wealth management business was sold in 2000, the family office moved from being an office with a clear purpose aligned to one business to one that had to revisit its purpose and which suddenly held a lot in liquid assets post sale.

Yet he said it had been a privilege to be part of a family that had got a lot of things right including intergenerationally though there had been challenges.

“Over time, we have coped with every sort of individual and collective crisis that you can possibly think of. As a result, we are able to have informed conversations with the families we're lucky enough to look after now. That enables us to challenge families about this idea of purpose in an authentic way.”

Fleming suggested every generation has to take responsibility for revisiting this purpose. An overall responsible framework provides a good framework but “as a generation, we want to be in possession of what goes on underneath that”.

He added that talking to clients and trustees about purpose is an invigorating and liberating process although it can discomfort those within the family office structure responsible for controlling risk and meeting financial targets.

It may lead to slightly more awkward relationships in the short term, but if the right people are starting with conversations in the right way, it leads to incredibly good, strong, long term relationships. You can also begin to use it as basis on which to build other decisions.

One was finding family members who could come into the business with the right values and culture. The other was the sustainable and thus successful stewardship of financial capital.

The case of his own office was instructive. There are a possible 2,400 descendants who could be recruited into the core business. The ownership is structured so that there is unlimited liability, which also concentrates minds.

He said: “It makes sense to have a small ownership group you know well. It’s about not putting short term risk and excessive profit taking into the business at the expense of medium to long term sustainability. It means sustainable revenue generation to keep the business relevant but also looking at the family members, pruning it from 2,400 and bringing them through into an extremely tight ownership group of seven partners.”

“You've got to go through the process as a family, deciding what your values are, but if you impose them on the next generation, they are wholly unsuitable. The next generation have to be involved in the creation of and in the revisiting of those values,” he said.

Ensuring that the deployment of financial capital was aligned with personal values is a difficult challenge that takes time and effort, but it provides a very strong framework and reference point. You have to invest time in it, he added.

Emphasis on the right leadership

It was acknowledged that establishing a firm and fixed set of values across a bigger family or multi-family office is difficult if not impossible. It might be a case of settling on a set of values that everyone understood.

A delegate asked how do you get a balance between democracy and dictatorship?

Fleming suggested that benign dictatorship might work short term but would not work long term, hence the emphasis on putting the right leadership in place.

His office had a structure that ensured the access and influence is controlled and devolved to a smaller group within the family who have absolute authority, and who also have to engage with the next generation appropriately.

“It is an extraordinary responsibility becoming a trustee in a multi-generational family office,” he added.

“When you speak to both sides independently, it's completely different. Both may really want to get involved, but they've never had that transparent conversation,” he said.

“Quite often as a trusted adviser you can point out that there's much more common ground than they think.”

The approach has also informed a process of moving towards 100 per cent allocation to impact starting with an initial allocation of 10 per cent in 2011.

“There's no way we could have got to 100% in one day. It took a decade. But having money actively exposed to these themes, and doing it incrementally allowed us to build up understanding.”

Fleming said that having spoken to all the families they work with in terms of the perception of the threats to the wealth, investment performance was not a major concern. Instead, challenges that often had an intergenerational component came high on the list.

Key questions included family offices and their advisers asking whether they had a shared purpose and an appraisal framework for decision-making giving guidance to future generations.

It is clear from the debate that developing values that can be understood across the generations can provide a framework and foundation for other decisions including creating a long-term sustainable investment strategy.