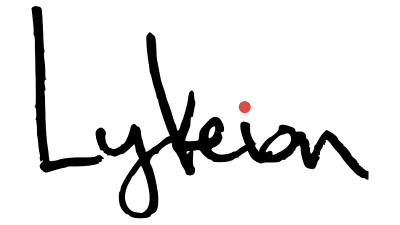 The Case For Peak Hawkishness

For a full year, Christine Lagarde, President of the European Central Bank (ECB), actively refused to engage in conversations about the path of future monetary policy, despite the looming specter of higher inflation across the region.

That all changed in the first month of 2022 with her comments about the ‘normalization of our monetary policy’. It wasn’t a full-scale pivot to hawkishness of the Powell type in the second half of 2021, but it was enough for forward-looking European funding rates (EONIA) to explode higher.

This led European yields to surge higher across all maturities. German 10-year (Bund) yields moved into positive territory for the first time since 2019. 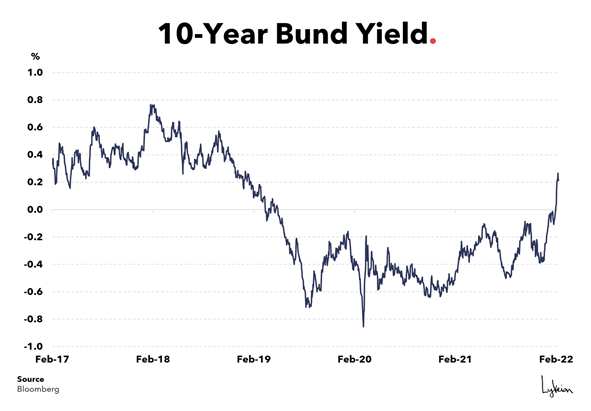 For Europe, higher interest rates are a double-edged sword:

This is one reason why many investors think the ECB can never meaningfully raise interest rates, which also helps explain the surprise reaction at Lagarde’s sudden change of heart.

European inflation is also not the same as US inflation. The primary driver of inflation in Europe has been energy prices (and food), but core inflation has stayed relatively low: 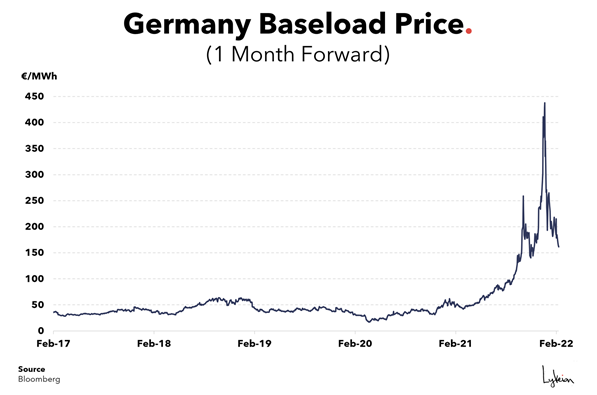 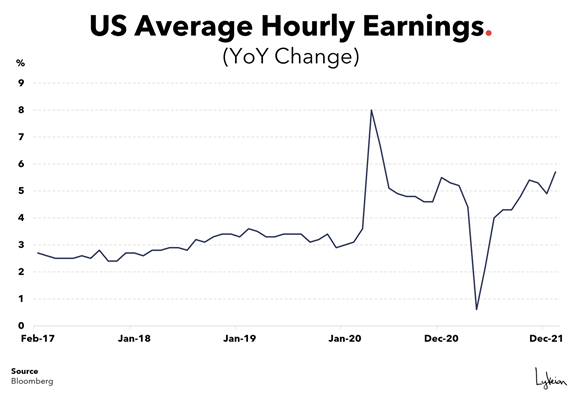 Therefore, the ECB (and the markets) may have performed a premature repricing of rates, reacting hawkishly to forms of inflation over which they have no control (supply-chain driven), at a time when global growth may be about to falter, something Tim has been tweeting about over the last few months.

The Case for Peak Hawkishness

The data points keep pouring fuel on the fire: 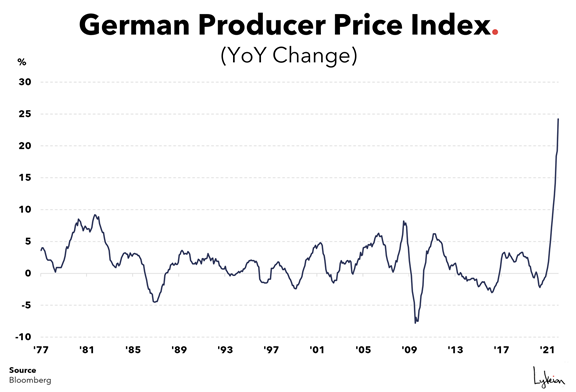 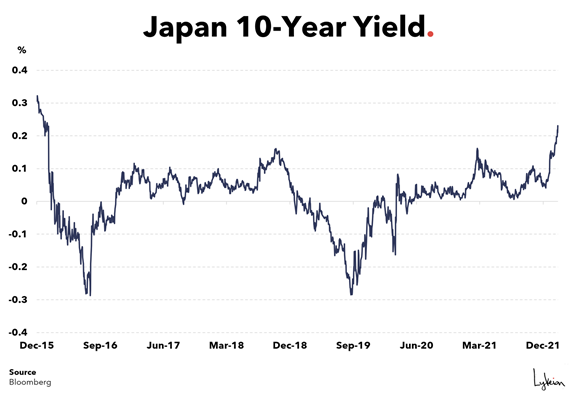 Sell-side analysts have been falling over each other to revise their rate forecasts higher. Everyone thinks that rates and yields can only go in one direction, right?

We could be entering a period of peak hawkishness, especially if inflation and economic growth start rolling over. 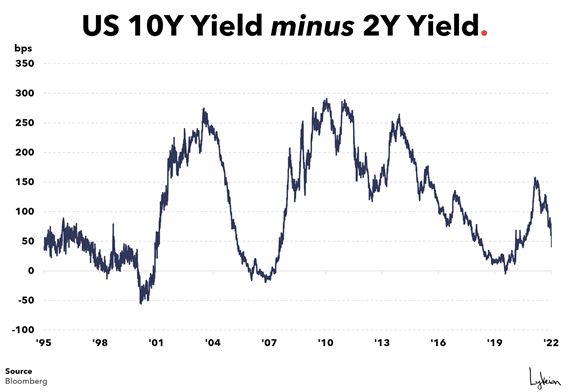 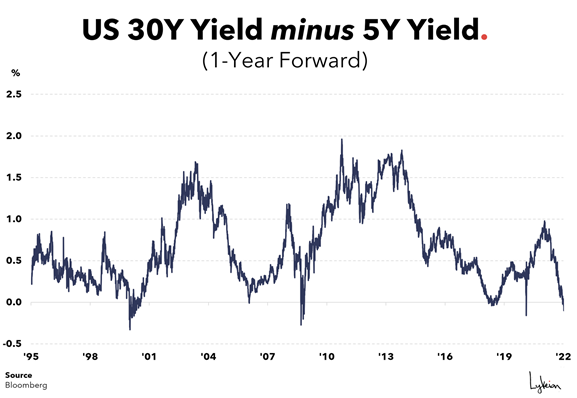 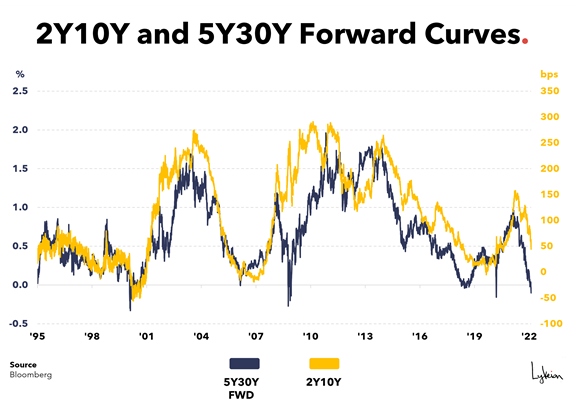 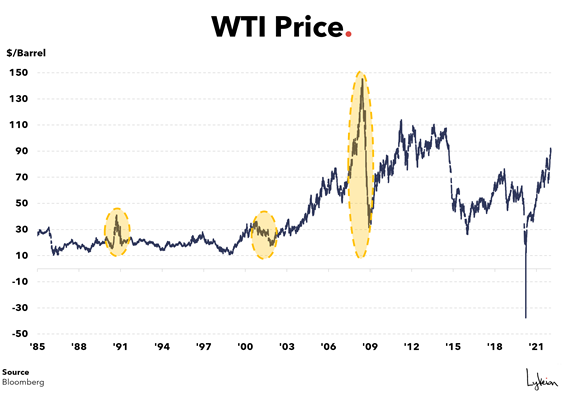 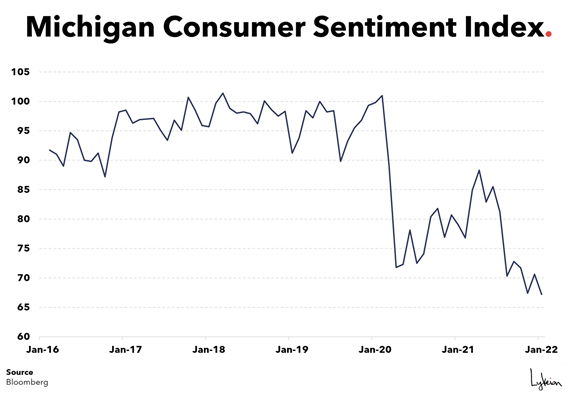 Sometimes you gotta zig when everyone else zags. 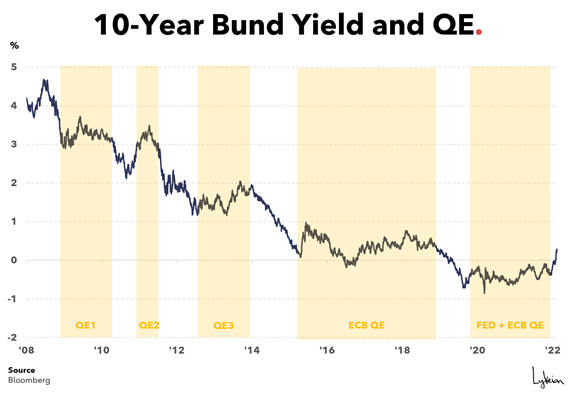 This is what peak policy hysteria looks like: pricing further economic growth, higher yields, and more inflation as we’re about to end QE and hike interest rates. We might see the market readjust itself to reflect this more dovish outlook soon.

Roger Hirst is Editor, Macro, at The Lykeion