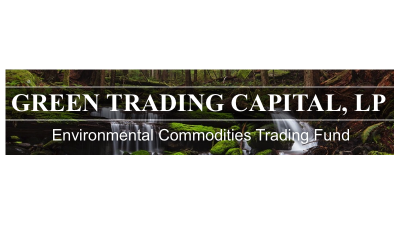 Californian Cap And Trade Standing Out From Its Peers

The Californian cap and trade system expanded to include transportation fuels in 2015 making it a rarity in global environmental programmes.

For investors, the credits offer 5% plus CPI as a synthetic price floor and, price appreciation will come from a likely supply and demand mismatch as the supply of credits is reduced annually by the state.

For Green Trading Capital’s chief investment officer and founder Dusty Granet, these features in the design of the scheme represent an extremely attractive standalone investment strategy.

Granet was speaking to delegates at the WM Nexus virtual event 'Multi-Asset Class Strategies in ESG & Impact Investing'. He said that the beauty of environmental markets across the US comes from the size constraints because it allows for thorough analysis.

“With enough homework and enough background, you can ‘handicap’ the supply demand dynamics and understand where players sit and why,” he said.

He defines cap and trade thus – “If you are an emitter, for every metric tonne of carbon you put in the air perhaps from a smoke stack, that entity has to purchase one credit and retire it to the state.”

He said such schemes also turn certain assumptions on their head.

“The old saying is that regulation stifles innovation but in environmental markets, it’s the opposite. Regulation forces the hand of companies and of investors and causes people to become cleaner. Choosing one oil project versus another oil project ­– that is small allocation investment. When the hand is being forced by the regulator, it’s a different story.”

He added that investors also need to remember that alongside the green and ESG benefits, cap and trade schemes are revenue producers for usually cash-strapped state governments.

“At the end of the day, it is the state government that is receiving the revenue off these programmes and it is needed. It is unique where a government or regulator and an investor are on the same team pushing for higher prices. It represents a different opportunity set.”

He also asserted that such programmes are likely to continue as states struggle to make the case for raising taxes otherwise. And while California is arguably the most liberal state in the US, the programme was first introduced by Republican governor Arnold Schwarzenegger.

Since its foundation, the Californian scheme has continued to be amended and extended and currently runs till 2030.

“California is different to all the other schemes. In 2013 and 2014, it was just stationary sources and facilities, but then the state added transportation fuels and natural gas delivered to homes or commercial buildings as part of the programme,” he said.

It also makes environmental sense as transportation makes up between 38 and 42% of all emissions.

It means that companies such as Shell or BP are buying a credit on behalf of their customers and passing that cost to the end user. For every gallon of gasoline, that represents about 13 cents in pass-through costs.

The four auctions a year usually raise significant revenue for California; generally, from $250m to $500m per quarter.

From an investment viewpoint, the auction price floor of 5% plus the Consumer Price Index (CPI) makes the credits an inflation hedge.

A supply/demand imbalance also looks likely to develop though that is tied to both market and political developments.

In mid-2019, “real investment dollars moved into the space”, said Granet, as a large bank invested $150m which pulled supply out of the market causing prices to rise.

Regulations do ensure that a giant player doesn’t buy the whole market. The state has limited what can be held by each investment pool to 11.5 million allowances representing roughly $200m of credit.

That doesn’t prevent multiple hedge funds taking supply out of the market and, of course, the higher the price the more revenue the state receives. The higher price also helps to drive innovation or force companies to install control technologies that otherwise would not be economic.

“The view of this market has always been that it is a by-product of natural gas and oil. If you are refining gasoline you have to buy this credit. It is not your primary raw material, but it is raw material that has to go into the finished product,” he said.

The number of entities trading the credits is growing with Glencore and Trafigura setting up desks joining those already involved such as Vitol and Mercuria.

Market can look beyond the Covid-19 impact

Demand did fall due to Covid-19 although while oil was down 40%, the Californian carbon credit market was down a less discomforting 6%.

In general, when prices hit the price floor, big oil firms such as BP, Chevron and Shell generally buy up as many credits as possible but that didn’t happen this year as these firms scrambled to free up cash. Scooping up of relatively cheap carbon credits was not a priority.

In terms of broader energy demand which has a bearing on the credits, Covid-19 brought some reductions in demand for gasoline of around 16% in California but not the 35% modelled. It had limited impact on demand for electricity, partly due to the wildfires and extreme weather which also drove demand for natural gas power production, displacing renewable power production.

It did give politicians in the state capital Sacramento a headache. The May auction raised a mere $25m in comparison to the ten to twenty times that amount raised in previous auctions.

This lacklustre purchasing led to some interesting political manoeuvres. The California legislature moved to modify the cap and trade scheme by making it more stringent which would raise revenue for the state, but this was redlined by Governor Newsom who did however bring in the Environmental Protection Agency to take a look its workings.

Granet suggested that this crisis year aside, that Newsom will likely accelerate pro-environment policies – he wants to see no more gasoline cars sold by 2035 and a zero-carbon state by 2045 for example. Realistic or not, it will likely be accompanied by changes to the scheme, only causing prices to increase.

Granet sees the programme rules changing in one of two ways – either moves to increase the price floor from 5 plus CPI or reducing supply which could lead to what would effectively be hoarding of credits ­– both of course beneficial for investors.

More broadly, he added that the carbon price per tonne is nowhere near where it needs to be to incentivise installing technology to significantly reduce emissions. In the EU, it is north of 25 euros per tonne. In California, it is $17 USD.

In contrast, the World Bank says carbon should be $75 per metric tonne and the Bill and Melinda Gates Foundation talks about $250 per metric tonne. He argued there has to be convergence which they estimate at anywhere from $20 to $120.

Delegates then posed some questions which we encapsulate below.

Do the credits expire?

“Credits have their own vintage. You cannot use them backwards, but you hold them.  Credits are bankable and good forever.”

“The most liquid opportunity in the market is the quarterly auctions. In addition, there is a futures and spot market for credits. The futures can go below the programmatic synthetic price floor, however, the quarterly auctions are bound by this price floor.  Furthermore, spot allowances benefit from the programmatic floor price increase of 5% plus CPI.”

Where and how is the money raised spent?

“25% goes to environmental development and 75% has to go to the broader environmental good. Currently $300m annually goes to fight forest fires in the state. Typically, these states are using these funds as band aids for serious problems.”

What happens to the credits when emissions decrease?

What is the Federal versus state picture?

“Under Article 10 of the US Constitution, every state can police health and safety so long as it doesn’t impose on federal regulations and we don’t have a federal cap and trade programme. States continue to need revenue and cap and trade programmes allow states to increase revenue without passing new taxes.”

Could there be arbitrage between states’ different schemes?

“California will not link until another state has a system that is sophisticated and stringent enough to match its own. Eventually there is the possibility of linking to either Oregon or Washington state.”

Where are investors on this?

“The environmental ETFs that invest in carbon credits invest in California and Europe and RGGI, but I do not see a similar upside in the near-term for the European market and I think European investors will start to enter the Californian market. Unlike California, the EU programme does not have a synthetic price floor of 5% plus CPI. Furthermore, ETFs invest in futures, that do not capture the 5% plus CPI appreciation, the underlying physical asset achieves this return.”

“Traditional asset managers are entering. This market fulfils the ESG mandates along with a minimum return of 5% plus CPI helps meet their investment goals.”

Do you have a feeling for the public perception about making money out of these strategies?

“The environmentalists will applaud these actions. The goal of this market is for the regulatorily created credits to become more expensive, thus forcing the hand of emitters to install control technologies.  Investor capital in the space helps to achieve these goals, and drive innovation in the near-term.”