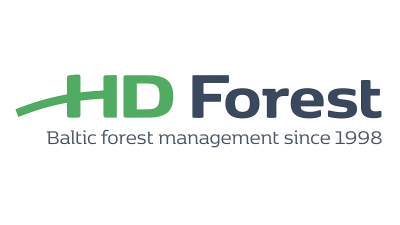 A tonne of wood used to build a house stores around one tonne of CO2.

In contrast, the production of concrete used to build a house can contribute many tonnes of CO2 to the atmosphere.

Comparisons like this are being deployed to make the case for wood as a sustainable replacement for more CO2 intensive materials and processes said Peter Vind Larsen, Baltic director at HD Forest a Danish specialist forestry investment company.

That in turn is driving demand that can be met by sustainable forestry.

Larsen, speaking at the recent WM Nexus virtual forum - ‘Sustainability in industries essential to livelihoods’ listed a range of facts underlining the health and resilience of forests and forestry in Europe.

Harvesting of wood from Europe’s forest has increased by 40 per cent compared to 30 years ago.

Yet during that same period, the forest area in Europe has increased by about 9% roughly the same size as Portugal.

Despite the fact 40% more timber is being taken from forests now, the volume of timber in the forest, and therefore the carbon stored, has increased by 50%.

About 25% of forests are protected and the area of forest designated for biodiversity has increased 65% since 2000.

Larsen added: “For me, this demonstrates the possibility of increasing the basic forest resource, and at the same time increasing the output if we manage it sustainably. It is an important step towards sustainable development.”

HD manages forests on the Baltic rim, specifically in Estonia, Latvia and Lithuania, which he says benefit from the political stability of EU membership but also the resilience of mixed woodland. It has not been as intensively managed as some other northern European forests and he says this means the woodland is more resilient in the face of storms, fires and parasites.

Naturally, the process of photosynthesis sits at the heart of the impact case with trees storing carbon and releasing oxygen as they have done for aeons.

But he argued there is a dramatic shift in use as well, with biofuels and biomaterials replacing fossil fuels and materials which generate a lot of CO2 in their production and use.

A big trend in Scandinavia at least is towards greater use of wooden materials in building while biofuel and planned biofuel facilities dot the Baltic coasts of Finland, Sweden and just beyond the Baltic, Norway.

And demand can spring up – with many birch trees in the mixed forest, he says the Baltics are seeing the growth of a birch plywood industry for example.

Research from Aalborg University shows that by substituting wood for other materials you can build two and a half houses for the same impact on the climate as just one house built with carbon intensive components.

One delegate did raise concerns about the fire risk, but Larsen pointed out that building regulations are adjusting to take account of the use of wood. He also noted that Norway is now constructing wooden high-rise buildings generally regarded as safer than those built from steel and concrete.

“We can embrace this natural mechanism to take CO2 from the atmosphere and turn it into long term storage in our buildings or in other materials.”

But the main case for investment in the forests of the Baltic states is at least partly based on resilience.

“Because of the forest structure there, you will end up with a portfolio of diverse, geographically spread-out forests, with a high degree of natural resistance in the forest system.”

The species are indigenous, but the mixed nature means swathes of forest with the same tree species do not face the same threat level including from risks arising from climate change.

He gave the example of the European Spruce Bark Beetle which has attacked the Swedish and German forest in huge numbers.

Nor do you see headlines relating the destruction of thousands of hectares affected by fires or storm damage as you see in single species forests in other European countries. This is partly because there are fewer open spaces for the wind to become so destructive with this style of forestry.

He discussed the forest as a mix of tree species and age classes, not as productive as say the Swedish forest, which is intensely managed, but also less intensive in terms of the required investment.

He added that this resilience also helps underpin the returns.

He suggested investors should target a return of 5%, but clients have seen a return of around 10% in the past 20 years.

“We haven't had any clients who have lost money on their investment in the past 20 years, even though we have been through quite a few financial crises and indeed other types of crisis. And of course, the return is based on this stable and predictable phenomenon, the biological growth. The trees grow the same regardless of Coronavirus or financial crisis. As long as there's CO2 in the air and sun in the sky and water in the ground,” he added.

The long-term nature of the asset also brings an operational benefit.

He added, that while price cyclicality is still a feature of the market, it is becoming less of an issue with shifts in demand and the increasing flexibility from timber mills having an impact.

The approach also brings flexibility and investor control. Clients’ investments are managed as separate accounts. “Basically, you have your own company with your own forests. That means that we can target the investment strategy and the timing deciding what your needs are. It's your forest and you can even kick us out on one month's notice at a cost of one month’s management fee.”

He says that investment from a family office would typically range from €1m to €35m though he says to really get the benefits of a mixed portfolio, €3m to €5m is probably necessary at least.

Asked by delegates about which types of trees are best, he again stressed the mixed nature of the forest.

“If you invest, you will end up with a mix. We can't really find a pure pine forest or spruce forest for you. And it's difficult to say which species are the best. It's something we will discuss with you.

“We have some clients who have invested quite a lot in the more traditional high value species, but now say they have enough in their portfolio. So we are targeting young broadleaf stands for them because that's where we get the highest biological increment.

“And because we will be using woods in any form to replace oil, it doesn't really matter what type of wood it is. So, there's no clear answer to that.”

Whatever the tree type, he does set out to find the right price.

“We typically say there's not good forest and bad forest. It can be priced wrongly, but our job is to make sure that we buy the forest for you at the right price and with the right assumptions on what it can give you in terms of return,” he added.