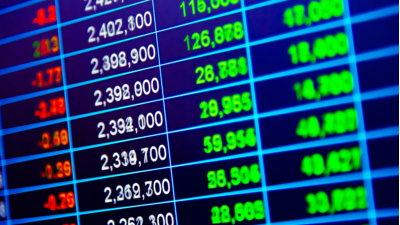 Why Are CTAs Experiencing Outflows?

CTAs have traditionally been the ‘go-to’ product for investors looking for downside protection in their portfolios. They weathered the financial crisis well - data from BarclayHedge shows that its CTA index gained over 13% in 2008 - but in the past year flows have dried up. Managed Futures strategies typically do well in downward trending markets, so it is surprising that despite the threat of a recession investors have now started to pull their money out.

Samuel McKenzie, Research Manager for Hedge Funds at Preqin, said: “It is a little startling that there have been outflows from CTAs because they offer downside protection. It’s likely that CTA investors are trimming back their exposures.”

The chart below from Preqin shows that in the first half of 2018, $4bn flowed into CTAs and the three years prior to that also showed positive asset flows. In fact, it’s the only strategy to have three consistently positive years of flows, from 2015-2017.

The second half of last year and this year, however, have been different, with money pouring out of the strategy. Why are investors pulling out now when many industry commentators are calling a recession?

“It’s possible that investors are bored of waiting for the market to trend downwards and that’s a reason they are pulling out and take larger positions in equities and bonds,” said McKenzie. “We’ve had a bull market for a decade now and for this reason CTAs haven’t really been needed. It’s a market that’s had underperformance and high fees.”

Arnim Holzer, Macro and Correlation Defense Strategist with EAB Investment Group, adds: “Traditionally, volatility has been a positive factor for CTAs. But many CTAs have moved away from the diversified technical models and as such may not benefit from the environments that traditionally helped them.

“The high Sharpe ratios of sectors and approaches supported by the very low interest rate environment have made the more complex and, in some cases, underperforming CTA approaches less desirable for investors. CTAs used to provide a well noted lack of correlation to the equity and risk markets. Over the past decade this relationship seems to have diminished.”

This has had the knock-on effect of less funds being launched, which has been compounded by barriers and cost to entry rising at the same time. Oliver Fochler, managing partner and CEO at Stone Mountain Capital, explains that the lack of launches is more a symptom of the malaise of the CTA industry, as it is expensive to do research, build the algorithms, get regulated, fundraise successfully and then to produce consistent returns.

“It is easier and more efficient for CTAs to launch their strategies in ETFs, although the managers will make less profit due to the lower ETF fees. We are moving into a more automated lower fee environment”, he said.

Perhaps much of this change is down to a common misconception about CTAs, whereby investors think they are long volatility when in fact they are simply long ‘gamma’, meaning that they become more exposed to a trend (upwards or downwards) the more pronounced it becomes and, through this, can benefit from environments such as 2008 when correlation and liquidity traps force the fire sale of assets across the financial system. This goes some way to explaining that while they did well in 2008, they didn’t do well at the end of last year when equity markets turned negative.

One thing not helping CTAs is the impact of social media on markets. Fochler says: “For the last two to three years systematic strategies like CTAs have not worked so well when based on mid- or long- term trend following algorithms partly due to things like tweets from the US president influencing the markets and macro trends.

“Their algorithms pick up trends systematically and deliver trading signals for CTAs, but a major market influencing tweet regarding replacing the FED chairman in Dec 18, for example, or constant tweets regarding the US China trade war, have a material short term impact and the algorithms cannot find trends and deliver suitable trading signals.”

Other issues are how CTAs have changed the way they work to manage the outflows and social media impact. As Holzer says above, some CTAs have moved away from their traditional model. He argues that they should consider returning to the roots of what made them successful in the first place in terms of risk management and alpha generation.

“With acknowledged expertise in the micro factors of what works in their asset and sector investable targets, they will need to incorporate AI and advanced algorithms that add repeatable value. But going back to the mantra of low correlation or managed correlation would also be a great place to start. CTAs should look to communicate the asymmetry or symmetry of their performance signature. That’s a good recommendation for all active managers,” he says.

What can they do to make it better?

CTAs, machine learning and AI technology, systematic approaches and algorithms are now faced with a structural shift paradigm where flows are going into traditional asset long only asset management, hedge funds and ETFs. But CTAs have the ability to transform and transfer knowledge to all other parts of the asset management industry.

Holzer suggest that: “CTAs should consider creating very focused and defined environment payout type funds that provide investors with a better understanding of how, where, and why the approach will work rather than just trying to claim all weather status.”

While the market outlook is unclear and investors are seemingly reluctant to engage with CTAs, will investors come back to it when the market eventually does turn?

“It relies on investors getting the timing right, which is difficult to do”, says McKenzie. “Either way, CTAs should still play a part in investor portfolios because of the risk of a downturn – this would probably lead to strong downward trending markets, which would be an advantageous environment for trend followers.”