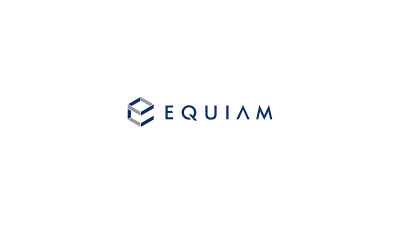 The venture capital market is usually associated with early stage investing; thousands of funds exist to identify the next unicorn that will deliver blockbuster returns. But venture capital has its own later stage, a slither of the market where the portfolio companies are delivering revenue but they’re not big enough to be considered as a target for a buyout firm. AlphaWeek’s Greg Winterton spoke to Ziad Makkawi, Founder & CEO at VC EQUIAM, to learn more about this later stage of VC.

GW: Ziad, first up, tell us about what EQUIAM sees as later stage venture capital, and why it should still be considered venture and not private equity/buyout.

ZM: EQUIAM focuses on growth as well as late-stage private tech companies. Companies that have a proven business model, fast growing revenues, and healthy balance sheets. Our universe excludes any company that’s had less than 3 funding rounds and has a market value of less than $250mn. These criteria position us firmly within the VC realm with a sufficient broad spectrum of targets which, when combined with our systematic data-driven approach, provides a strong competitive advantage. At the larger end of the market capitalization spectrum, companies that have become profitable or have a clear path to profitability, the line with PE is increasingly blurred. I would argue that the correlation and analogy is even stronger with publicly listed equities as opposed to PE. A private tech company that is a Decacorn ($10bn+ market cap) with an active secondary market in its shares, should be treated more like a public equity - and we do.

Our thesis has always been that the line between public and private markets is blurring, the same can be said about the line between VC and PE with larger and established managers in each segment starting to tiptoe into each other’s turf. For the most part, I would say that the biggest differentiator is, where in their revenue and EBITDA life cycle the target companies are. Nearly 85% of companies in our short-list of 1,000 qualifying companies are still EBITDA negative but have much faster growth trajectories relative to PE target firms. PE and in particular buyout strategies rely on leveraging target company cash-flows, something mostly not available in the VC universe, and something that will become increasingly expensive in this higher interest rate environment.

GW: EQUIAM takes an almost hedge fund like, systematic approach to venture capital investing. Tell us more about how, and why.

ZM: Our funds to-date have been long-only funds and for the foreseeable future will remain so. Our strategy entails ingesting over 60mn data points, filtering the VC-backed universe (120,000 companies), applying a variety of other proprietary filters to end with a 10,000 company universe. These get subjected to further analysis via our 90+ metrics and sub-metrics. Each company is scored and ranked against every other company using a proprietary algorithm that looks across the spectrums of Valuation, Momentum, Company-health, Growth, Sentiment, amongst others. The output is a list of the top 30-50 companies in the universe that we will include in our portfolio construction. Our access has principally been through the direct secondary markets; however we are increasingly able to access issuers in the primary markets as well. I cannot overstate the advantage of comfortably navigating both secondary and primary markets, and the additional flexibility that the secondary market allows, especially on exits. Our systematic approach generates both buy and sell signals and allows for a nimbler portfolio management strategy.

Although the derivatives private markets remain embryonic, we do have the flexibility to hedge our portfolio in different but highly correlated markets. This flexibility has been built in to protect against large macro shocks or company specific shocks. EQUIAM seeks to stay at the leading edge of bringing innovation and investment technology to an industry that hasn’t really evolved much in the past 70 years. In this regard we have started exploring the use of option strategies in the private markets. We see great arbitrage opportunities because a systematic, data driven approach opens up analytical and data asymmetries.  We believe derivatives in private markets will evolve rapidly in lockstep with liquidity and we are already seeing cross-over investors including hedge funds bringing their skill set to this asset class.

GW: You’ve decided to go the 506c route, which allows for ‘general solicitation’. What drove that decision?

ZM: Yes, Rule 506(c) allows for general solicitation but requires managers to conduct an additional verification of investors' eligibility. We have elected to rely on the Rule 506(c) exemption because it permits broader communications about our fund offerings. We wanted to reach out to people who have been excluded from investing in one of the most exciting asset classes, namely private technology companies that are changing the world.

GW: What’s the allocation argument for later stage venture capital – i.e., why should investors allocate to it, and is it a replacement for earlier stage exposure or growth equity exposure, or a complement?

ZM: The era of US Fed monetary policy fuelling cheap money is over for the foreseeable future and belt-tightening is bound to occur. In this environment, many riskier or marginal companies that may have received funding will see the cash dry up. Later-stage companies are more likely to have figured out the product market fit, crossed the chasm to wider adoption and revenue traction, and have a path to profitability.

There is often data published to show that early-stage funds and companies perform better than late-stage funds. What is missing is two key factors: the dispersion of returns and risk (Sharpe ratio). Venture capital returns in the early-stage are more skewed than people realize: Nearly 50% of early-stage funds fail to achieve a positive return and 65% of investment rounds return less than 1.0x capital. Unless you can get into the top funds and invest in a Facebook at seed-stage, you are unlikely to see blockbuster returns. Later-stage investments have much lower failure rates, less than 25% of investments return less than 1x. As far as the PE/buyout space is concerned, there is tremendous uncertainty and risks associated with this strategy in a rising interest rate environment.

Accessing a diversified portfolio of growth companies systematically curated and managed to deliver outperformance, combined with a shorter fund life and a shorter path to liquidity seems to me like a no-brainer.

GW: Lastly, Ziad, there is a lot of talk at the moment of the difficulty in accurately valuing start-ups affecting deal flow, but there is still a mountain of dry powder that needs to be put to work by VCs in the next year or two. It’s like the irresistible force meets the immovable object; what’s the impact of this going to be on the later stage venture market?

ZM: We believe that the growth and late-stage markets are much easier to evaluate than early stage ones, where entry level valuations are best compared to an option premium. In the case of growth and late stage, the public market comps are very relevant especially in market dislocations and confusion, like we are living through right now. The probability of survival and positive returns in early stage is usually much lower than in late stage, in today’s environment that delta will be much higher. When you start comparing seed/early vs. growth/late stage many investors erroneously ignore the risk component of that equation. There is an innate tendency to want to discover the next Amazon, or Facebook, or more recently Uber; Airbnb; Stripe; Palantir etc. Our analysis of the long-term risk/return difference between early vs. later stage VC clearly indicates that growth/late-stage portfolios have a superior risk/return profile to earlier stages.

The “dry-powder” argument is one that most managers sitting on cash or looking to raise capital like to bring up to buttress their pitch! How much of this dry powder is earmarked for re-ups and follow-on investments vs. new opportunities is also unclear.

Recent numbers floated put that number around $290bn for VC. Nearly $130bn of that is in Venture Funds with a generalist approach across the lifecycle spectrum (with a majority earmarked for late-stage) and $70bn for early stage only funds and $50bn for late-stage only funds.

Of course, it’s better to have this dry powder than not. However I believe this is a marginal argument for investing in VC. The real argument is that trillions of dollars have been taken out of the markets and are on the side-lines, that’s not counting the trillions more that international investors will be pouring into the US as the global macro and geopolitical situation deteriorates in Europe, China, and Emerging Markets. Many will be looking to lock in relatively cheap entry valuations, by historical standards. Investors moving into cash, are finding a place to hide, but an inflationary environment will sooner rather than later push investors back up the risk-curve. We believe there is a very large imbalance between dollars looking for high returns and the supply of quality companies that can provide that yield in the private tech space. This means manager selection becomes critical. The ability to see the trees in the fog may be more important and certainly safer in this environment, than seeing the forest! The innovation super-cycle will continue its march forward, creating both the “winners” of tomorrow, as well as the “also-ran” and the “almost made it”. Going forward, investment success will depend less on who you know in the VC space and more about how effective you are in analysing vast amounts of data.