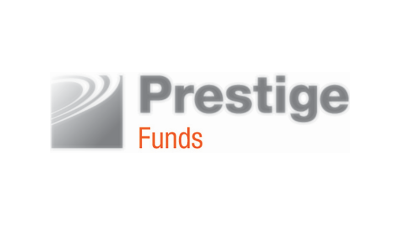 The UK SME Sector: A Lot Tougher Than It Looks In The Headlines

As we move into 2021 many of the unknowns of 2020 have become the knowns of 2021 - the US election has taken place and we have a new president about to be sworn into office. An initial Brexit treaty has been negotiated and the UK has left the European Union. The UK is also leading the way in the deployment of new vaccines which signal the possibility of the end of the pandemic this year.

As a private debt manager, we have to look to the fundamentals, however, and we see much to be encouraged about, with huge fiscal stimulus programs being rolled out in both the UK and US, our core markets. According to Goldman Sachs, the US is en route to 3%-4% GDP growth in 2021, with the UK forecast to see 5%-7% GDP growth.

A year of change and opportunity

The UK market sets out in 2021 with manufacturing PMI at a three-year high. Preparations are afoot to host a G7 summit in the country as well as the important UN Climate Change Conference. It is going to be a year of change and of opportunity for businesses on both sides of the Atlantic.

Investors often ask us about job losses in the UK and the state of the SME economy. The UK government has recognised the importance of the SME sector for economic growth and employment, hence the headline-grabbing stimulus packages that were rolled out by the Chancellor in 2020.

According to the UK’s Office of National Statistics, aggregate national profit share (gross trading profits of the corporate sector) rose 23% to a record £126bn in the three months to September. For the first nine months of last year, according to the ONS, total corporate profits averaged £116bn a quarter, compared with £115bn in 2019. In other words, companies in the UK were more profitable during the pandemic than before it.

While turnover has fallen, so have the bottom lines for many UK companies. Grants, tax deferrals and tax cuts, not to mention the employee furlough scheme, have all had a substantial impact on the UK corporate bottom line. This leaves many UK companies with the prospect of making considerable savings - the Office of Budget Responsibility expects UK companies to have saved around £30bn in cash in 2H 2020. Profits may be subdued, but many UK firms are now seeing bigger cash margins they can potentially deploy in 2021.

The UK small business sector has proved very resilient under the twin threats of both Brexit and the pandemic: according to Goldman Sachs, for every two businesses that have cut jobs during the pandemic, another has increased its employee base. Although 44% of firms have cut jobs last year, 62% have continued trading without interruption. This can be attributed in part to the fact that more than 80% of the UK economy is service-based and it is also the world’s second largest exporter of services after the USA.

How has the SME sector proved so resilient? Business owners have demonstrated their readiness to take on external finance, and they have proved dynamic enough to change their business models to meet the new challenges presented by the pandemic. Many business owners tell us that these changes are likely to prove permanent, as they further embrace new and dynamic operating models.

Brexit: removal of uncertainty will be beneficial for SME’s

Brexit has also captured many headlines in the UK and Europe in Q4 of last year. For SMEs this has presented an additional challenge, and it is true there are some companies with heavy exposure to EU trade flows. But for the vast majority of UK SMEs Brexit will make little or no impact on the way they do business. Uncertainty has probably been one of the biggest worries for business owners.

However, it is heartening to say that despite fears of a no deal with the EU throughout the course of 2020, less than 25% of SMEs were concerned about the negative impact of Brexit[2]. According to a survey from accounting software provider FreeAgent, almost 60% of SME owners are not worried about their future, and the number that thought Brexit would have a negative impact on the economy has fallen steadily in the course of 2020.

SME owners are refocusing their efforts on either trading within the UK, or trading with countries outside the EU itself. From the government, they want to see a further trimming of red tape and additional financial support in terms of grants and tax reductions.

This positive narrative for SMEs is now being described as ‘surthriving’ - describing those firms that have embraced the changes forced upon them and have become more dynamic - according to data from FreeAgent only 21% of UK SMEs are now worried about the impact of Brexit, and 10% say the pandemic has actually opened up new opportunities.

Last year was a testing time for many small business owners, but it has also proved that in the UK we have a diverse and opportunistic small business sector with the strategic support of a government that is prepared to do what it takes to shelter SMEs from the worst of the pandemic and pave the way for future successes in this sector.