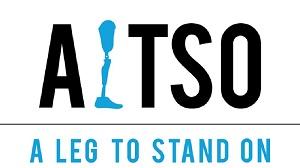 London-based RegTech provider SteelEye is back for another instalment of the firm’s ‘RunningForALTSO’ fundraising event. The initiative began in June 2020 as a way to support A Leg To Stand On, the U.S. and U.K. mobility charity that provides free orthopaedic care to children with limb disabilities in developing countries.

“I called him out in a video on LinkedIn,” said Smith. “He couldn’t really say no.”

Babb is familiar with the RunningForALTSO challenge, at least from afar, as he has followed SteelEye’s progress during the firm’s previous two challenges with consulting firm Baringa Partners. He’s less familiar with ALTSO, but says that getting involved didn’t take too much arm-twisting.

“As soon as it came up, we were happy to get involved,” he said. “To be fair, we’ve seen Matt and SteelEye do this twice before, so we knew a bit about it. We filled the spots pretty quickly, actually.”

The U.K.’s ‘work from home if you can’ mandate during the country’s lockdowns has seen Babb resurrect a prior interest in running and he’s now up to a half-marathon for his training regimen. He says that the health-related aspects of the ‘new normal’ of the past few months will continue even as many workers head back to the office.

“Five years ago, the working week was stricter – you do your job and go home, it was quite dogmatic. But in the last few years we’ve made sure people have had more of a balance and in some ways Covid has accelerated that. As we go back to the office, it’s more important than ever to have that balance; to be healthier but also to be able to incorporate more CSR initiatives into the working week. There is a lot of appetite for this kind of thing at our firm – it’s great for building camaraderie and supporting a great cause at the same time,” he said.

“RunningForALTSO helps us to do good and be healthy at the same time. It’s a good thing for our employees to do and we’ll absolutely continue to do this when lockdowns lift,” he said.

Round three begins on Monday, April 26th, and will see both companies’ field ten runners, each of which has to cover as much ground as possible during that week (Monday – Friday); both SteelEye and Harrington Starr will donate £1 to ALTSO for each kilometre covered by each member of their team. The aggregate number of miles covered by each team will determine the winner; not that either firm is counting.

“We joke with each other about this being a competition, but it’s about raising money for ALTSO,” said Smith. “£400 buys a wheelchair for a child. It’s literally life-changing and that’s what it’s actually about.”

You can donate at https://www.altso.org/steeleyerun and follow the progress of both SteelEye and Harrington Starr on social media using the hashtag #RunningForALTSO