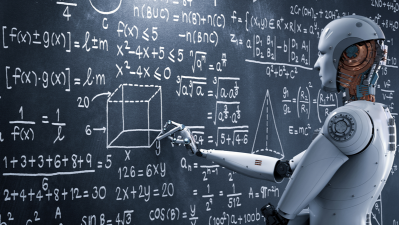 The incorporation of artificial intelligence into a systematic investment management program is usually a component part; the investment manager will still have a significant input into the creation of the model.

Chicago-based Rosetta Analytics goes all in. It has developed an AI which builds the trading signal and then makes the trading decision itself and there’s no input from the humans.

Those humans are Rosetta Co-Founders Julia Bonafede and Angelo Calvello. Bonafede was previously President of Wilshire Consulting; she launched the firm’s OCIO and risk consulting business. Calvello Co-Founded Switzerland-based Blue Diamond Asset Management, a hedge fund that trades equity volatility. They launched Rosetta Analytics in 2016 and started work on building the AI that began managing a separate account for a large U.S endowment in 2017.

Calvello says that the duo launched Rosetta as they felt that generating true, consistent alpha needed a different approach.

“We both agree that the traditional way of generating returns, whether quant or fundamental, just wasn’t going to work anymore because these managers are using the same data and the same methods"

“We both agree that the traditional way of generating returns, whether quant or fundamental, just wasn’t going to work anymore because these managers are using the same data and the same methods. We looked at other industries like medicine and the automotive industry and saw they were using AI to make commercially viable decisions. Julia and I took the approach that if you’re going to solve these problems you have to use the most powerful AI. We thought that with new methods, and new data, we could find an edge”, he said.

Rosetta’s team of seven – Bonafede and Calvello serve as the investment professionals and the other five team members are scientists - set out to build the AI, which took approximately a year. Bonafede explains that they felt that starting from scratch with no traditional biases built into the AI was critical.

“The way we think about it is linear vs non-linear. In typical quant processes, you’re using linear processes. We’re using a neural net because mathematically, it has the ability to function how the human brain functions; it has different pathways and neurons to process information”, she said. “Our model can also process the non-linear. When you use traditional methods, you arrive at a human framework to try to explain why the market moves like it does. We start with the data and our deep model determines the features. It learns and adapts through time and builds new features and sees the market in a non-linear way, making the predictions more fulsome.”

Rosetta currently runs two strategies based entirely on its deep learning model. The model predicts the daily change in direction of the S&P 500 on a close-to-close basis. Rosetta implements this signal by trading S&P 500 futures at the end of the trading day. One strategy is 100% long or 100% short, and one is 100% long or 100% cash. Neither uses leverage – a decision made by the model itself, with no human input into that decision of course - which helps with managing risk.

These strategies were built for a specific investor, which got involved with Calvello and Bonafede at the very beginning of the journey.

“Rosetta Analytics is a genuine start-up. We did not start Rosetta to launch a pre-defined investment strategy. Instead we worked with our client to identify a specific investment problem and then collaborated on ‘what does the solution look like’. It was critical that we included them in the entire R&D process because they have rich domain knowledge. In return, they got a tutorial on AI, machine learning, and deep learning.  You don’t see a lot of that. We shared everything but the code”, says Calvello.

Whilst Rosetta employs only these two strategies currently, it says its AI could be thought of as a platform because the AI can be applied to many public markets and adapted to different requirements and constraints (e.g., different time periods). Bonafede and Calvello are currently talking to a U.S university endowment system which wants to explore a factor-based model; a thematic-focused ETF provider which wants to overlay Rosetta’s reinforcement learning algorithm onto their fundamental stock picks; and they are looking into US treasuries and the European carbon market. The deep reinforcement learning model is new and will allow for position sizing. Bonafede is naturally bullish on how this will add value.

“RL [reinforcement learning] is built to optimise a reward. If you think of Pacman, it eats the dots and avoids the ghosts. RL works similarly; it’s optimising the reward function based on the risk. It’s using that in one holistic process in terms of predicting both the direction and optimal position size. When it’s deciding on what to trade, it’s already learned, and been punished for making prior mistakes. That’s why it’s so incredibly powerful. It tends to have less volatility than the benchmarks because it tries to avoid getting run over as much as it can”, she said.

March 2020 was difficult for equity investors, with the S&P500 down approximately -16% (-20% for the first quarter). Equity hedge funds were better, but still down; the HFRX equity hedge index was down -9.58% last month. The current Covid-19 inspired economic and market chaos means that times might continue to be troubled for a while. Bonafede says that the performance of Rosetta’s strategies was “very positive” and that if they continue to perform amidst the current market dislocation, this could be artificial intelligence’s watershed moment; a precursor for significant adoption of AI strategies in institutional portfolios. Bonafede and Calvello are unsurprisingly enthusiastic about what they have built at Rosetta but are similarly bullish about why.

“You need to invent a new way to gain an edge in the marketplace and the only way to do that is to innovate. We have the benefit of being able to do this in a way that most investment firms can’t"

“People [investors] are paying fees for beta, and they shouldn’t. Hedge funds are uniform, and everyone is doing the same thing. Their main way of accelerating returns is by using leverage or going short”, said Bonafede. “You need to invent a new way to gain an edge in the marketplace and the only way to do that is to innovate. We have the benefit of being able to do this in a way that most investment firms can’t.”