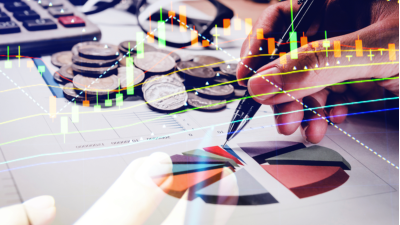 Private Credit Could Provide Much Needed Boost To Sub-Saharan Africa

Africa’s leaders must be asking themselves so many questions about the international community’s stance towards their continent. The embarrassingly low level of access to Covid-19 vaccines, the slow G20 reaction to a basic foodstuff supply crisis created by the devastating Russian invasion of Ukraine, and a constant tug-of-war when it comes to votes at the UN General Assembly. Not to mention the clear disparities compared to South America, for example, when it comes to IMF lending rules and Argentina’s rolling access to IMF loan programs.

Indeed, what criteria tell us that Argentina or some of its continental peers are doing so much better with their reforms than sub-Saharan African countries? And, what, in turn, justifies the zero or very low non-concessional borrowing limits that many of the latter face in their IMF loan programs? Those restrictions prevent access to new private sector lending, as seen for example in Ethiopia’s inability to issue a new Eurobond in early 2021 or Sierra Leone’s inability to access private lending for longer-lasting solutions to its seasonal crop shortfalls.

Yes, the IMF tripled its lending to sub-Saharan Africa between end-2019 and end-2021 and yes, the IMF was the driver behind the August 2021 Special Drawing Right allocation exercise that gave the region around USD 23bn more FX reserves. However, total outstanding IMF loans to the whole of sub-Saharan Africa amounted to only USD 34bn at end-2021 compared to USD 41bn for Argentina alone.

At the same time, the international community imposed on African countries the G20 Common Framework for debt restructurings, a process that excludes private sector creditors in the initial phase of talks and leads to ratings downgrades for anyone participating. Not only does this reduce transparency, it also prolongs rather than accelerates any restructuring process.

Indeed, of the three countries currently in this process, namely Chad, Ethiopia and Zambia, only the latter has made progress, as seen with the 24 August IMF Board approval of a USD 1.3bn loan program. This is not due to reluctance on the part of private bondholders but rather international geopolitics that appear to be getting in the way, as Paris Club countries and China take time to reach a consensus.

Looking ahead, the most efficient way forward would be for private and bilateral/multilateral public lenders to sit a table and work out a new process that would be conducive for all sides, even if it means creating a Common Framework 2.0. All the more so, as combined DSSI (Debt Service Suspension Initiative) and external bond repayments for sub-Saharan Africa jump in 2023-25.

We are all aware of the risks of excessive debt/GDP ratios and the need for numerous sub-Saharan African countries to meaningfully increase their fiscal efficiency, as market dynamics are telling us in the case of Ghana, for example. However, that doesn’t mean the international community should allow itself to get away with the sizeable discrepancies that Africa is still experiencing in so many areas, compared to peers elsewhere.

That could be partly remedied by re-allocating to sub-Saharan Africa a sizeable portion of the USD 290bn worth of SDRs that the top six recipients (the US, Japan, China, Germany, France and the UK) received in August 2021. Those funds can be earmarked for co-financing projects, together with private sector lenders, in areas such as integrated grains storage and production, transportation solutions and telecommunication networks that should have been built decades ago. Other areas for obvious cooperation include energy as the European Union urgently looks for alternative suppliers of natural gas and oil.

Sub-Saharan Africa has seen decade after decade pass since World War II without any true region-wide advancement supported by what is now the G20 international community. The contrary happened, with the region often used as a proxy stage for geopolitical conflicts. The ongoing global food crisis and a multitude of potential global flare-ups that could still emerge are clear risks for Africa. That threat is existential for the continent and needs addressing today.

The global community can help empower sub-Saharan Africa but only if the international public sector leads by example. If international financial institutions can harness their vast influence to level the playing field of support available to sub-Saharan Africa, the shift in market perception will unlock the equally vast resources of private sector lenders. Only together can they ensure that in the next global crisis, fewer of the world’s most promising and young nations find themselves once again at square one.