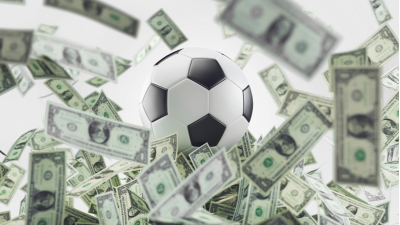 Businesspeople tend to buy sports teams as trophy purchases; they hold onto the asset for a long time, as much for the prestige as the money. Joe DaGrosa, however, is different. The owner of Football Club des Girondins de Bordeaux in the South West of France likens his new investment to a typical mid-market US private equity deal.

The turnaround specialist – DaGrosa once bought 248 Burger King stores out of bankruptcy and turned his franchise into the second largest franchisee in the Burger King system before selling to Blackstone – assumed control of Bordeaux in late 2018. His investment firm General American Capital Partners, a fundless sponsor, got funding from King Street Capital, a hedge fund in New York, for the deal. The Bordeaux deal typifies the kind of transaction that DaGrosa wants to undertake; specifically, proprietary deals. He looked to Europe because he feels that deal sourcing in the U.S has become commoditised.

“In the U.S right now you can have relatively small companies – say $10million in cash flow – but those companies are all subject to auction. It’s virtually impossible these days to find a proprietary deal. Today, if you go to investors and say you have proprietary U.S deal flow, they’ll probably show you the door”, he said.

That contrasts heavily with Europe.

“In Europe, particularly in sports, you don’t have the intermediation with investment banks the way you do in the United States. Bordeaux is a proprietary deal. We looked at other teams that we didn’t move forward on but they were also proprietary deals.”

DaGrosa confesses that he’s still learning the ins and outs of the beautiful game, so it wasn’t a love for soccer per se that brought him to Bordeaux; more so, he saw the opportunities through a private equity lens.

“Soccer is of course the world’s most popular sport by a considerable distance”, said DaGrosa.” There are very interesting opportunities outside of the tickets, merchandise and sponsor revenues that come with owning a team. The fan base is exceptionally loyal, and that has inherent downside protection if the market generally takes a turn for the worse.”

“We were on the hunt for a soccer team in Europe because we saw some pretty attractive valuations. We were close on a La Liga team; we were essentially through due diligence and negotiating something that came up during the due diligence process, but we couldn’t reach agreement with the owner. Fortunately for us, Bordeaux was available, and it ticked all of the boxes.”

The parallels that owning a soccer team have with private equity investing are, at least for DaGrosa, numerous.

“When you really strip the paint off the car in Bordeaux or soccer teams in general, they are essentially a typical mid-market company”, he said. “Most people would be surprised at how many common denominators there are. Ultimately, it comes down to having the right management team, analysing the business the right way and making sure the management team has the resources to succeed. If there are challenges, understand whether they are exogenous or somehow specific to the company and the management team and if so, make changes accordingly.”

DaGrosa has also acquired SoccerEx, a UK-based media company which produces Soccer-themed expo events around the world. He has plans to launch a fund dedicated to making soccer-themed investments. “Thematically, the focus will be on the sport of soccer. That includes media rights, which is certainly a big opportunity, sports technology, which will be an important part [of the fund’s holdings], and we’re also taking a look at eSports as well which we feel will be an important vertical as we move forward”, said DaGrosa. The Bordeaux and SoccerEx deals will likely remain outside the fund. “SoccerEx and Bordeaux are separate investments. The plan right now is not to fold it in”, he said. “Having said that, to the extent that we can structure a win-win for both our investors and the respective companies as well as new investors coming into the fund then it’s in everyone’s best interests to do that. But we don’t plan to do that at the outset.”

Part of the reason that Bordeaux will likely stay outside the fund is because DaGrosa has committed to a longer hold than his typical investments.

“We made a commitment to the city and fans that we would own the club for 5 to 10 years. We view ourselves as “caretakers” of the club. We want to leave the club in better shape than we found it”, he said.

The soccer fund will take an opportunistic approach to its investment selection. DaGrosa has aggressive goals for deploying the capital but he won’t compromise the due diligence process to get a deal done in a shorter time frame.

“Ultimately, the fund will have a 3 to 5-year investment period; I’d like to deploy the capital over a shorter period of time, which I’d define as 2 and a half years. At 10 investments over 2 and a half years, you’re looking at 4 per year. Having said that, we don’t want to rush to deploy the capital. We want to make sure we’ve done our homework because whilst the beauty of private equity is that you’ve got control, you don’t have liquidity, so you’ve got to make sure you get it right”, he said.

DaGrosa spends a week each month in Bordeaux – “I’m there to be at the games so that the fans can see that there is an engaged owner, which I think is very important”, he said – but he’s not locking himself in the director’s box. Quite the opposite; he’s about to launch his first hedge fund.

DaGrosa Capital Partners – launched with long term associate and co-founder David Neithardt - will employ an event-driven strategy that takes its influence from his private equity and turnaround background.

“First, it’s a relatively focused portfolio. We’re talking about 12-20 positions as opposed to 50 positions. The idea is to intimately understand these businesses before we pull the trigger. We do a lot of due diligence on the private equity side, and we’ll do the same on the public securities side and not just limit our deep dive into companies to SEC filings and news articles. We’ll really use our network of contacts on the private equity side to get to the industry leaders so we can understand the opportunities from an insider’s perspective. It’s all about having access to proprietary information and that’s where I think we differentiate ourselves”, DaGrosa said.

DaGrosa expects his hedge fund to have holding periods of approximately 12-24 months and will enter into short trades as well as buy and hold.

“On the short side we’re looking at companies we believe will go out of business in the next 12-24 months. The final 6 months of a company’s death spiral is expensive to short, so our job is to find a good place to mine opportunities on the short side. We’re looking for companies that we believe are going to be wiped out or fundamentally restructured so that the equity is going to be wiped out.”

Whilst the positions in the portfolio will be equally weighted most of the time, DaGrosa will adjust depending on how he sees the market - “We’ll be about 130% long and 30% short when we have a positive view on the market. If there is a big pullback in the market, we’ll adjust accordingly”, he said – and the majority of the hedge fund’s investments will be in U.S public securities.

“I’ve been in the public and private equity business in the US for 30 years, so I have a good comfort level on the rules of the game in the U.S. Half the battle is understanding the rules of the game. Never say never [to investing in European or Asian public securities], but we want to avoid style drift and our speciality is understanding US corporate finance. That’s our core competency and that’s what we would like to exploit.”

Outside of cheering on Bordeaux and investing from his hedge fund, DaGrosa will still keep an eye out for private equity deals, albeit in a limited fashion.

“We are an opportunistic firm. We’ve got a couple of interesting deals that we’re taking a real hard look at right now. Those deals are mostly bankruptcy or near bankruptcy deals; that’s where I think the last bastion of opportunity is for U.S private equity – finding distressed businesses and understanding how to get those turned around.”

There is a theme that spans across all of DaGrosa’s investment vehicles, whether public or private; that of access to proprietary deal flow.

“We’re really looking to be at the forefront of the buying opportunities before anyone else, whether that’s the hedge fund, the sports fund or the private equity deals”, he said.

He refutes any suggestion of being stretched; indeed, quite the opposite.

“I’m in Bordeaux a week each month but in terms of mindshare, I’m not locked in a soccer vacuum; I’m always analysing deals. I’m an investor; it’s not ‘work’. I started on Wall Street when I was 15. I started investing in equities when I was 10 years old with my Dad. It’s in my blood, and I can’t imagine doing anything else.”