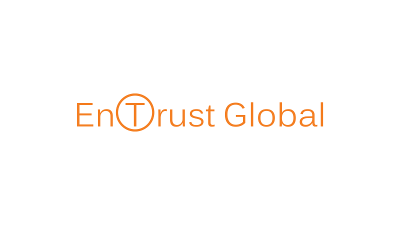 EnTrust Global: Not Only A Fund Of Funds

Largely known as one of the most prominent fund of funds in the world, EnTrust Global recently dropped half of its name, swapping the well-recognised Permal, a company founded forty years ago, with Global, chosen to emphasise what the company has evolved into; a multi-asset class, global alternative asset manager.

In the last decade, EnTrust Global has steered away from its traditional fund of funds business and morphed into an alternative investment giant. Gregg Hymowitz, founder and CEO of EnTrust (which merged with Permal in 2016), said that the brand change was a necessity, more than a choice.

“As they say, evolve or evaporate. In the asset management industry the goal is adding meaningful value to each and every one of your clients, otherwise you won’t be in business for long. My view was that you have to compete in the industry on four things: quality, product differentiation, alpha and value. And that’s why ten years ago, after the crisis, we started looking at opportunistic, or direct, co-investment businesses”.

EnTrust Global considers itself something of a pioneer in the co-investment world. The idea is simple: if a hedge fund manager wishes to take a position in a company – whether the trade be an equity or credit one - but cannot because of its co-mingled fund position limits, EnTrust Global steps in to invest the remainder of the money to allow the manager to make the desired trade.

Hymowitz saw an opportunity to tap into co-investments after the global financial crisis of 2008 triggered a sudden dearth in the availability of capital. In Europe, for example, capital that would historically have been destined for hedge funds found its way into UCITS and very liquid funds, or longer dated private equity. Hymowitz saw the chance to plug the gap in the middle. “What we decided to do post-crisis was to try to fill a void of capital that was focused on a 2-5-year horizon. We went out and raised our first pools of capital around that duration”.

That gap in the market also provided – and still does - Hymowitz and EnTrust Global with an opportunity to minimize fees and realign incentives.

“It was and is capital that was in high demand. We went to our partners that we were allocating capital to and said ‘look: we’re going to provide this capital but we’re going to change the terms. We’re not going to pay traditional hedge fund fees. What we’re going to do is to align incentives much greater [than they are now]’”.

EnTrust Global typically pays zero management fees and an average incentive fee of less than 10% on its co-investment deals; the business runs approximately $8.5bn of capital and has done more than 100 transactions in the last ten years (and exited more than half of these). Hymowitz’s enthusiasm for the co-investment division of EnTrust is clear.

“You have a real alignment of interest. The manager has no incentive to hold onto the asset; they have every incentive to execute on the game plan and return the capital back to you. It ultimately creates ‘proper’ behaviour”.

The company still has a significant core hedge fund business - after all, it’s what the company was founded upon - but they are increasingly shifting from off-the-shelf fund of funds products to more customised vehicles due to client demand.

“They wanted something more specific; they wanted their portfolio of hedge fund managers to complement their other portfolios. It became much more customised,” he said.

Furthermore, as the allocations from institutional investors became more substantial, EnTrust found those investors negotiating more on terms; this development was another contributor to the evolution of its fund of funds platform. Rather than swim against the tide, Hymowitz said that EnTrust Global encouraged its clients to go down the customisation route. “In a way, we’ve disrupted ourselves: we went out to our investors and said you should be customised, you should be looking at doing more idiosyncratic investments, we should be able to negotiate better fee deals for you,” he said. The separate account business accounts for approximately $10 billion of client capital today.

“The most notable change over the past 5 years is the fact that we’ve moved away from household names towards smaller, less well-known, idiosyncratic investment partners. People don’t need EnTrust to help them invest in a name that everyone knows. Our ability to source managers all over the world that have phenomenal performance records is the value add,” Hymowitz said. “If you look at our core portfolio 10 years ago you would have recognised almost all the names. Today, the investor probably doesn’t because they’re off the beaten path but it’s all about figuring out a way to add value”.

The co-investment business isn’t the newest division of the firm, however. In more recent years, EnTrust Global has been making a play in the world of transport; 3 years ago it launched a maritime lending vehicle.

“Once again we saw this dislocation and our view was that there wasn’t going to be a lot of capital going after this dislocation,” said Hymowitz. “It’s differentiated; you don’t have a lot of competition. It’s what I would deem to be real value-add,” he said. The idea behind the maritime business has its origins in the aftermath of the financial crisis: European banks, which for years had been the primary capital providers to that industry, stopped lending and the asset prices of the vessels decreased significantly.

“In the end, you make the most amount of money when you’re able to buy assets cheaply or lend when the assets are cheap,” said Hymowitz. The maritime business has over a billion dollars in commitments, of which $600mn has been deployed. More than fifty vessels have been financed in the program’s three-year existence.

Hot on the heels of launching the maritime investment business came EnTrust’s aviation business, which launched a year and a half ago. It provides direct lending to aircraft companies. “We really like this view of lending against hard assets. If you’re lending against a hard asset, and if you don’t get paid, you have the ability to seize the asset,” enthused Hymowitz. He’s naturally bullish on the outlook for the private debt division of the company. “Going forward I think these will make up for a very significant part of the growth of the business,” he said.

“We’re building out this whole direct lending real asset business which I think will be a very significant part of the growth of the business going forward. I think by the end of the year that business is a $2billion business going into $5billion. The demand for capital is significant”.

Hymowitz spends most of his working life travelling, meeting with existing and potential investors and seeing the investments first-hand. “I’ve always taken the view that you have to go out and meet your investors,” he said.

He thinks that connecting and understanding the investors offers a competitive advantage that is generally lacking on Wall Street.

“When you go to Detroit and you meet the Iron Workers, or Pennsylvania and you meet the Steel Workers, or again the pension beneficiaries in California, or people in other countries where a sovereign wealth fund is based, there’s a different level of appreciation of who you are managing money for. The level of responsibility one feels for producing returns is much higher”.

In 2019 and beyond, Hymowitz will continue plane-hopping – his firm has clients in 47 countries - to source deals and meet the asset owners his firm manages money for, but now he’ll be doing it with a new brand behind him to reinforce his message; EnTrust Global is not only a fund of funds.