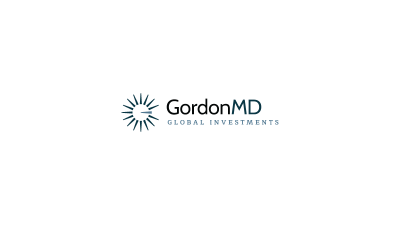 During this same period, private company valuations were increasing at a record pace without any (significant) human drug trial data. Given record IPO valuations that quickly moved higher, investors quickly unloaded these investments. The average step-up in valuation from the last private round to IPO ranged between 1.3x to 1.7x from 2017-2021. An analysis of 23 biopharmaceutical funds participating in an IPO in Q4:20 revealed that the average fund sold over 40% of its initial holding by Q4:21.

This approach worked for years as private funds crowded into the same investments1 at higher valuations in each successive round with little more than high-risk innovation or me-too assets in the pipeline. Between 2019 to 2021, 2 out of every 3 biotech venture capital dollars (between seed to series C) went to start-ups with platform technologies (technologies with which multiple therapies can be developed). Many of these hyped-up investments (crowded investments with exorbitant valuations) came up flat in 2021-2022. These issues were further accentuated by subpar management teams struggling to navigate complexities associated with drug development in the backdrop of increasingly risk-averse regulatory agencies, and/or perpetually raising cash driven by excessive operating and capital expenditures. 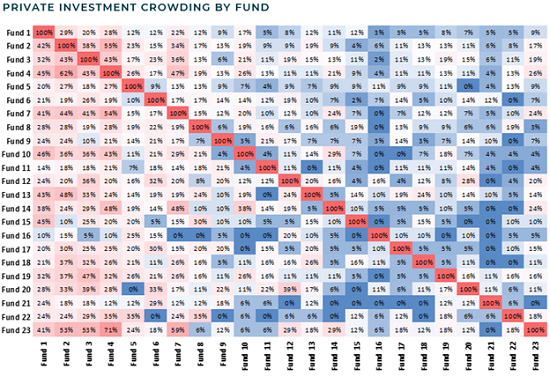 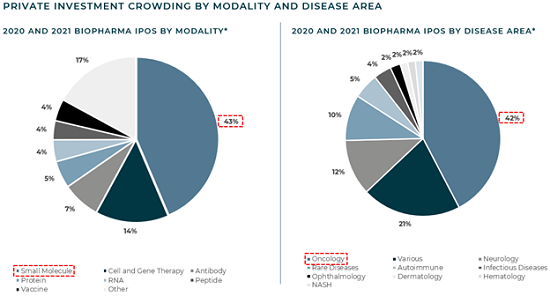 With a mounting number of failures putting pressure on the public markets and broader macro headwinds, the IPO window largely closed in Q4:21. Private biopharmaceutical companies are now relying on private investors to extend their cash runway. At the same time, private biopharmaceutical hedge funds and VC funds no longer have the quick path to exit (IPO) and there is a noticeable decrease in the amount of capital private companies are raising and an increase in the time required to complete a new financing.

As a result, some private companies are responding with more conservative cash planning (cutting headcount, shelving lower priority pipeline programs, etc.) – a painful but healthy step in the right direction for the industry. Valuations are also beginning to decrease though many are still too high and have not been marked down sufficiently based on the stage of the company, execution risks associated with the stage of development, the intrinsic value of the assets/platform, and what public company comparable valuations suggest. Until these valuations are sufficiently adjusted it will be difficult for the broader private and public small cap biopharmaceutical ecosystem to heal appropriately

Source: With the help of Cowen and Jefferies. This chart was produced on June 17, 2022, using Bloomberg and NYSE, NASDAQ data.

M&A to Save the Day? Think Again

Following five $1B+ M&A deals in Q2:22, there is a growing expectation for significantly more activity as capital markets largely remain closed. While it is true that many U.S., EU, and Japanese large caps must consider M&A, some near-term and some mid-term due to impending patent cliffs, most private companies are either not innovative or amount to high-risk science experiments lacking compelling data. M&A deals over the past few years have also generally disappointed with acquired assets/programs outright failing or taking far longer than expected to generate a positive return. In addition to this poor track record, many private company CEOs and Boards have unreasonable expectations with respect to valuation on a sale. I believe large cap pharma will remain risk averse (by exploring de-risked asset(s), i.e., clinical stage) and patient in deploying capital in the current market environment. Only 2 of the 26 M&A transactions announced thus far in 2022 valued at $50mm or more have involved preclinical stage companies. Therefore, private biopharmaceutical companies will need to stay private longer and generate meaningful inflection points or fail, reprioritize or explore/investigate other therapeutic applications, or push into the public markets and potentially face a meaningful downward re-rating.

As valuations in the private market begin to correct, I believe deep fundamental analysis will return to the forefront of private biopharmaceutical investing. That means, investing in companies with:

While less often discussed, thoughtfulness around private portfolio construction is an important principle for investing in this market given the inherent unpredictability of drug development and potential for leapfrogging by competitors. That means not only evaluating each opportunity based on its individual merits, but also considering the investment in the context of the broader portfolio diversification across disease areas (e.g., cancer, orphan disease, autoimmune disease, etc.) and modality (e.g., mRNA, cell and gene therapy, antibody, small molecule, etc.). I believe these principles will yield differentiated investment opportunities, the greatest growth potential, and the best risk-adjusted return for investors.