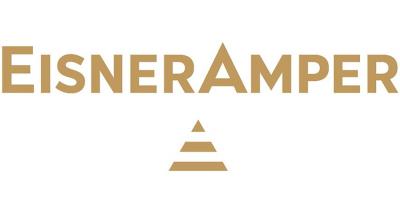 The Efficacy Of ESG Investment For Asset Managers

As a business, we have seen an increased focus on both requests from pension funds and institutions for exposure to ESG (Environmental, Social and Governance) investment as well as from fund managers preparing a new breed of funds to capture that demand.  While there is near universal agreement that socially responsible companies are important and will drive positive change as much as governments can, the question of the impact of investing in those companies on investment returns remains. Pension funds have a fiduciary responsibility to maximise returns, but can that be done in a responsible way?

The first question to examine is whether ESG is defined in a way that is broadly accepted.  While there are organisations that seek to self-regulate and identify what is and isn’t an ESG investment, there is no commonly accepted standard.  As such, both investors and fund managers must, to some degree, seek their own path in defining these priorities, making the scope for standardised regulation a complicated task. Examples can be seen across the board, such as the recent discovery that the UN staff pension fund has been investing in companies that do not adhere to the UN core principles.

Once a defined goal of ESG investment is identified, the next question is whether that investment can be done in an effective and ultimately higher yield way.  There are an overwhelming number of reports arguing both sides of the debate.  Recent reports indicate that funds that focus too much on ESG investments are putting politics ahead of maximum returns. The Institute of Pension Fund Integrity recently warned that managers should stay clear of any investments that reject often higher returning investments like fossil fuels, as their fiduciary responsibility lies with the beneficiaries, and not with government policies. Norway’s sovereign wealth fund has recently reported returns down 1.6% based on selective ESG exclusions they have made over the last 12 years. Despite these losses, the sovereign fund will continue to place restrictions on investment activity based on their ESG approach.

On the other side of the debate is research which has shown that companies which follow a socially responsible policy are outperforming companies that don’t.  The question around this analysis though seems to be around whether this is causation or correlation. For example, to the extent there is increased investment into more socially responsible companies, it is likely share price will increase, so relative to non-socially responsible companies, they will outperform.  On the other hand, companies which do increase their good governance policies will be less likely to suffer penalties from government and regulatory bodies as their policies are more likely to stop “bad actors”.  There doesn’t seem to be a clear answer here and more study is both necessary and warranted.

Regardless, institutional investors seem to be moving in the direction of requiring ESG investment as part of their core portfolio.  This has led to a significant increase in demand from fund managers for ESG product who should be actively gearing up to respond to this demand.  With little regulation provided across the board, whether this can be deemed to be a positive aspect for returns still remains to be seen, as high performing investments have historically been with companies that aren’t necessarily in line with these new approaches.

Robert Mirsky is Head of Asset Management at EisnerAmper.