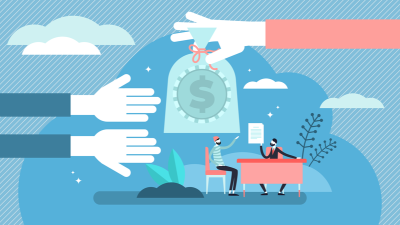 The growth of the direct lending sector in the past decade or so has seen the industry become its own asset class, with institutional investors increasingly looking to allocate capital to managers of these strategies to find yield in what has been a prolonged period of historically low interest rates.

Recent rate rises by the U.S. Federal Reserve and the Bank of England – and a commitment from the European Central Bank to resume rate rises later in 2022 – have led some to question whether investors will hit the pause button on their direct lending allocations in anticipation of yield returning to public credit markets, where they can find more transparency and better liquidity versus their private credit investments.

The lack of publicly available data in private markets has been, and remains, a source of frustration for investors because it makes it difficult to independently assess the performance of their underlying investments, not to mention the blind pool risk inherent in almost all private markets allocations. That’s according to Sophie Batoua, Chief Investment Officer at London-based direct lending investment manager Fintex Capital.

“The private debt market has historically suffered from a lack of transparency due to the absence of publicly available information on investments. This is particularly acute in Europe, where even non-bank consumer lenders publish very little information about their performance. Also, there is no set standard for reporting, which makes comparisons between different investments hard,” she said. “Also, for those investing in a fund, they are investing based on past performance and will have little to no oversight of future investments. These investors will need to get comfort from understanding previous investments about how the fund underwrites risk and aligns interests.”

The industry is pushing for better transparency, however. The Standards Board for Alternative Investments is pushing for the adoption of robust industry standards in areas such as governance, risk management, valuation and disclosure, including standardised risk reporting via the Open Protocol in the sector; in February this year, the European Leveraged Finance Association published its Technical Guide For Valuation Of Private Debt Investments, a document designed to support best practice in valuing loans for both investors and managers; and the Alternative Credit Council Alternative Credit Council is leading a credit data harmonisation initiative with the UN Principles for Responsible Investment and Loan Syndications Trading Association that will also support material and consistent ESG data disclosure to investors across the private and syndicated credit markets as well; as updating its private credit due diligence questionnaire to support investors' pre-allocation due diligence. In addition to the numerous initiatives above, Batoua says that some investors are even willing to accept a trade-off to get more comfortable about what they are exposed to.

“We are seeing a growing number of investors who are willing to put transparency over profit because they want to understand more about their investments. They would rather have greater control and transparency over their investments at the expense of slightly lower returns because of the increased awareness and reporting requirements around ESG and the reputational risk around investing in private credit.”

Investors aren’t expecting to get access to freely available data that they can in public equity markets and government bonds, of course. But they are expecting more on a direct basis from their managers, and technology is one area that direct lending managers are investing in to provide this added transparency, particularly around investor reporting, that their clients are craving.

Seemingly mundane tasks, such as a monthly or quarterly update provided to an investor, can remain a clunky process, with managers still printing off reams and reams of documents for their clients to review. Fintex Capital has developed their own system, which they think will become a blueprint for how the industry will end up working.

“We have our own proprietary investor portal that we have developed ourselves. We think it’s the most transparent in the private debt market because it offers our clients a completely transparent, 360° overview of their investments that’s available 24/7. It also has an archive showing past investments, fund performance, previous distributions, and all prior investment communication. It’s a win-win because the client experience is streamlined, and we are able to save reporting time and resources. It’s something that we think most private debt managers will end up providing,” said Batoua.

Getting to a more transparent destination won’t be a quick journey for the direct lending space, though. There will always be some managers that like to operate without greater transparency and there will always be some investors who are not as concerned about it, so long as their managers are making them money. And other challenges in the space remain: the lack of liquidity in the sector is the other issue that is most mentioned, although investors tend to me more comfortable with that, willing to swap liquidity for the ‘illiquidity premium’ that private markets investments say they provide. Additionally, the secondary market for LP interests in private credit funds is becoming more robust, mirroring the private equity sector’s now well-established secondary market.

But for those investors that put transparency near the top of their wish list, Batoua says that they should be expecting much more of their managers than they currently receive.

“It is important to understand that due to the nature of private debt, even in a more transparent world, it still won’t match the level of information available in the public equity markets, for example,” she said. “However, this shouldn’t prevent private credit managers from providing more information to their investors, nor from providing this in a format that is easily understandable. Why shouldn’t investors in private debt be provided with the same level of information and transparency that they get from their public equity and credit managers?”