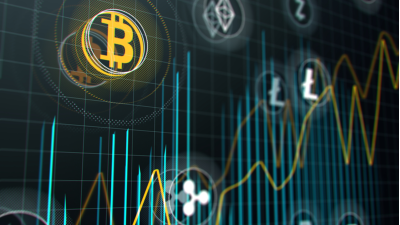 In December 2017, Bitcoin’s value hit the heady heights of approximately $19,500 before beginning a drawdown that lasted most of the following year. The drawdown had many consequences, including the closure of many digital asset hedge funds due to their inability to get back above their high water mark.

Traditional assets, and the cryptocurrency market at large, is currently experiencing another significant drawdown as global investors have sold off risk assets due to uncertainty around geopolitics, inflation, and a potential recession. But this time, despite the steep losses, the digital asset hedge fund industry is better positioned to withstand the current challenges.

That’s according to Niclas Sandstrom, CEO at quantitative digital asset hedge fund manager Hilbert Group, who says that the past five years have delivered something of a maturity of the industry.

“Back in 2017 there were many more speculative asset managers in the market and leverage blew up a number of funds early on,” he said. “But people have learned their lesson. As a whole, the entire industry is now much better at risk management and it’s much more well capitalised.”

Part of the reason that the digital asset hedge fund industry is in a better spot is that it has imported some of the structural aspects of the hedge fund industry at large. New funds have a higher bar when it comes to receiving an allocation from an investor, both in terms of the middle and back office infrastructure a manager needs to have in place, as well as better risk controls at the investment strategy level. Additionally, the digital asset space is importing talent from traditional finance, these workers are attracted by both the opportunities the space offers, and the chance to do something new and exciting, all of which is improving the industry at large.

“There are a lot of high-quality candidates coming to our space from traditional finance. They are more rigorous in their approach and they’re thinking more broadly. And these people are contacting firms themselves, they’re not waiting for a head-hunter to call them. That never happened in 2018,” said Sandstrom.

Another difference between the current digital assets ecosystem and the one that was prevalent at the time of the 2018 drawdown is that decentralised finance is much more important to the overall health and functioning of the marketplace now than it was then. The SEC-led crackdown on ICOs in 2018 effectively introduced a higher barrier to entry in terms of investors getting in early on token issues – essentially only the big venture capital operators and “friends” of founders ended up being the ones getting early access. Unless tokens could get listed immediately on a large, centralised exchange, there would be little to no liquidity in those tokens. Decentralised exchanges permit anyone to list a token there, meaning a lower barrier to access and more liquidity.

“In early 2020 there was almost zero liquidity on a decentralised exchange. This was solved in mid-2020 when Uniswap launched. This increases the democratisation and hence the opportunity set for most investors. Usually, prices spike violently once it is announced that something is going to be listed on one of the big, centralised exchanges so one would like to have purchased tokens before that. Centralised exchanges are exposed to mismanagement and there is less transparency around the decisions and internal processes, whereas for many decentralised exchanges the code is open source so people can know exactly how the exchange works and stays solvent. Uniswap is now at times delivering more dollar equivalent volume than centralised exchanges in many assets,” said Sandstrom.

That’s not to say that it’s been plain sailing for the crypto hedge fund set. Earlier this year, cryptocurrency Luna collapsed, causing contagion in crypto markets and becoming one of the main reasons cited for the collapse of Singapore-based Three Arrows Capital. But industry bulls say that, whilst this was not good for PR for the industry, the other side of the fall-out isn’t being given enough coverage.

So, where is the crypto hedge fund industry now? Has it got past its early teething troubles? Is it mature? Is it ready to accept significant institutional capital? For Sandstrom, it’s a yes to all three.

“As with any emerging industry, there are always ups and downs in the early days, and the digital asset hedge fund industry is no different,” he said. “But the pace of development – and the pace of maturity – is significant. What we’re seeing now - this is only the beginning.”