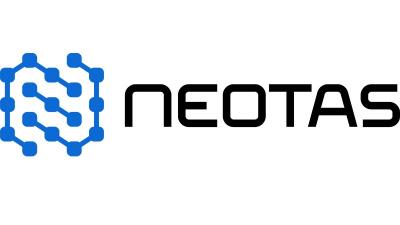 Vipul Mishra, founder of Neotas, an open source intelligence software provider, explains how the technology can help private equity investors with their due diligence processes in a Q&A with AlphaWeek's Greg Winterton.

GW: Vipul, thanks for taking the time today. Where did you come up with the idea to set-up your new service?

VM: Neotas was born of the need to understand the most important and often the most vulnerable link in an organisation – the human factor. During my time as Chief Information Security Officer for a leading hedge fund, we would conduct numerous screenings and interviews to understand the people we were investing in, yet over and over again we wasted time and money because of their inappropriate behaviour. The infuriating part was that the information about them and the warning signs risk were freely available on the Internet – we just hadn’t found them using standard due diligence.

GW: Why should investors look beyond the conventional due diligence and standard background checks?

VM: Standard checks are limited to data such as criminal and education records but don’t reveal much about the person’s character. In today’s digitally interconnected world, we can get a much deeper understanding of an individual or a company by joining the dots in their digital footprints.

Google can only search around 5% of the Internet. Open source intelligence (OSINT) is a methodical approach to gathering and analysing information online. This military grade technique is often used to identify drug dealers and criminal suspects – so why not use it to help protect investors?

GW: We’re hearing a lot about “digital trails” at present. What are they and what type of information can you find online?

VM: Your digital trail shows the path that you have walked on the internet or information others have left about you - it encompasses anything that’s available about you online so it’s a huge amount of information. The digital world is really good at remembering - information online stays online which is what makes OSINT so effective. You can build a picture of someone’s entire life - his or her movements, character, business dealings, network and personality.

GW: What type of problems have you come across so far? And what type of real life cases could have been avoided if investors and employer had carried out much deeper screening?

In one case, a private equity group asked us to research an investee company which had disappeared after defaulting on their first payment. We found that the key individual had repeatedly defaulted on loans, was associated with pirate groups and had been involved in human trafficking. While this is an extreme example, it illustrates what digital trails can reveal.

GW: Surely everyone writes silly things on social media at some point. Is there a risk investors will be missing out on good deals by placing too much store on off the cuff remarks or actions?

VM: To err is human, and our digital trail reflects that. That’s why we have analysts driving our system. Off the cuff remarks and actions will be noted, but it’s only when these behaviours persist and threaten investment security that we might raise them for concern.

We also recommend that you talk through any issues raised with the individual as there may be a reasonable explanation. For example we found one subject whose name didn’t appear online, which is generally a point of concern. It turned out they’d anglicized their name for fear of discrimination. It’s important that information is always used in context to make informed decisions.