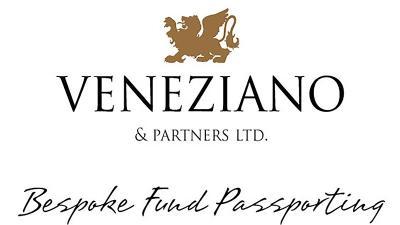 Attilio Veneziano, Managing Director of Veneziano & Partners, an international consulting boutique specialised in the European regulation of cross-border fund distribution and global fund registration services under UCITS & AIFMD, about this year’s ESMA Opinion and what it means in the context of Brexit.

GW: Attilio, thanks for taking the time to speak to us today. Firstly, refresh us on what ESMA is and what an ESMA Opinion is.

AV: ESMA was founded in 2011 to replace the Committee of European Securities Regulators (CESR). It was established as independent authority with the aim of safeguarding the stability of European financial markets. Vested with new powers in comparison to its predecessor, ESMA has been given new roles in the active pursuit and creation of a common supervisory culture in Europe.

Opinions are typically issued to create consistent supervisory practices among National Competent Regulatory Authorities (NCAs) across the various European Member States. Opinions are not binding per se and they are part of a broader exercise of regulatory convergence conducted by ESMA, aimed at ensuring that regulatory response in Europe stays consistent.

GW: What is the ESMA Opinion about?

AV: ESMA issued a first opinion, so called cross-sectoral, at the end of May this year. This opinion intended to lay down the main principles to foster consistency in relation to issues of i) authorisation; ii) supervision; and iii) enforcement, ensuing a wave of UK based market and industry participants intending to relocate their entities, operations and activities to one of the European Member States (EU 27) in advance of the withdrawal of Great Britain from the European Union.

Additional sector specific opinions were issued by ESMA later in July this year, included the one at issue on investment management.

GW: Is there a main assumption of the ESMA Opinion? If so, what is it?

AV: The main assumption of the ESMA opinion is that the withdrawal of United Kingdom from the EU 27 takes place without retaining any direct access to its market via the passport.

It’s important to mention here that the passport is not the only way to deal with cross-border relations between European and foreign regulations. We have been recently hearing more about equivalence than we ever did since its introduction after the global crisis in 2009. This has been mostly in relation to the treatment of UK financial services after Brexit and often in comparison with the passport.

Whilst there currently are equivalence provisions contained both in the AIFMD and MiFID, it is clear at this point that an equivalence decision on the UK regulatory system would not be timely enough to give certainty that exiting the EU 27 will allow for retaining some sort of full access to EU markets for UK based market participants. Let alone that any such decision of equivalence will certainly be heavily politicised. ESMA believes that the trend will see growing requests from UK based market participants to relocate activities and operations to one of the EU 27 and is issuing the opinions in an attempt to limit any regulatory arbitrage.

GW: What are your thoughts on authorisation of relocating entities and regulatory arbitrage?

AV: Relocation of UK based entities needs to be interpreted broadly and encompass both situations where an entity is applying for the first time for an authorisation within the EU 27 under the UCITS or AIFM directives, and where an entity already authorised in one state of the EU 27 is restructured as the consequence of the transfer of personnel, activities and functions from an existing UK based entity.

NCAs should adopt no preferential approach nor fast track process for the authorisation of relocating UK entities. At the same time, there should be no disadvantageous treatment either for applications made by UK based entities. Authorisation procedures should be conducted thoroughly on the basis of full and detailed documentation and evidence from applicants. NCAs shall be comfortable that compliance with the relevant legislation can be achieved by the relevant entity as of the day an authorisation is granted.

Particular attention is drawn to the overall structure of applicants, especially when forming part of group structures, to ensure that shareholder composition and non-EU qualifying holdings do not impact prudent management as well as constitute an obstacle to exercise of effective supervision. The choice for a specific EU 27 domicile should be based on objective reasons, like information on prospective investors as well as planned marketing, promotional and distribution activities. An application for authorisation in a certain domicile within the EU 27 shall be granted for objective reasons and not to avoid stricter regulation.

GW: What about sound governance, calibration of governance structures and white-label business?

AV: NCAs should be comfortable that relocating entities have implemented sound governance and internal control mechanisms, whereby responsibilities are allocated clearly to the members of the governing body with avoidance of conflict of interest, and that policies and procedures are documented to ensure constructive challenge within the various functions of the entity and provision of relevant information to Senior Management.

NCAs should also ensure that governance structures, mechanisms for internal control as well as human and technical resources are calibrated to the size, complexity and spectrum of activities carried out by relocating entities in the course of their businesses. The Opinion identifies a list of criteria to be used to assess applicant entities.

White-label business will also be in the spotlight, due to a potential increase in business as a consequence of the increase in relocation requests. Additional scrutiny on deployment of sufficient skills and staff is foreseen in order to rule out operational risks.

GW: On delegation, due diligence and substance, what level of scrutiny are you expecting?

AV: The materiality of the delegated activity within investment management, specifically in cases of delegation to non-EU entities, will have to be scrutinised very closely by NCAs according to the opinion. Justified reasons shall be required for NCAs to positively vet any arrangements of delegation. Very detailed information, description and explanation will have to be provided as part of the process, which should not be seen or interpreted like being a mere notification.

Extensive due diligence is required to be carried out in the selection process of third parties for any new delegation. The challenge for investment managers will be to analyse all benefits and risks, conflict of interest included, of any candidate.

Substance is also at the core of the Opinion, with an apparent shift to a quantitative metric to evaluate substance on the basis of employment of relevant resources in sufficient number.

GW: Lastly, on supervision – are you expecting this to increase?

AV: Yes, absolutely. Cooperation with NCAs of third non-EU countries in the exercise of the function of supervision will become more frequent according to the Opinion. Cooperation will be extremely important when delegation is envisaged towards an entity domiciled outside of the EU 27.