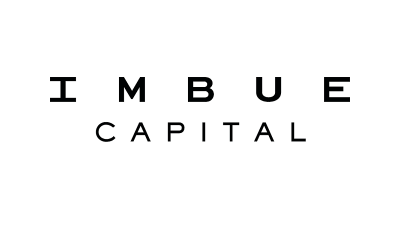 It is clear that the combined potency and scale of the outbreak of African Swine Fever (“AFS”) in China has the potential to structurally reshape global meat, livestock and animal feed markets over the coming years. Over half of the global hog population resides in China and estimates of potential loss are in the vicinity of 30% or 130 million head over two years in China alone. As there is no vaccine, new supply channels are slow and expensive, meaning the impact time horizon should last, at the very least, the next 1-2 years.

The African Swine Fever virus spreads via animals, foods and fluids and is extremely persistent. Whilst it can’t be spread through the air, it can survive up to 1,000 days in frozen foods and up to 200 days in dried meat. It has a near 100% mortality rate amongst pigs that contract the disease but is harmless to humans.

Here, we examine the scenarios for long and short positions in lean hog futures.

The first order effect of a significant disease outbreak was a rush of supply to the Chinese market from over-slaughter of all pigs in contact with an infected pig. It also resulted in a large amount of infected pork being placed in cold storage that will now carry the virus for the next 2-3 years. This, paired with strong supply out of the U.S., lead to a selloff from Dec to Feb this year.

Most of the facts point to an incredibly bullish global meat bias. The proliferation of a disease with no cure will continuously slash supply, while a high debt Chinese economy is hesitant to extend loans to hogs farmers to regenerate the supply. The risk of complete supply destruction also keeps new entrants from raising hogs. The situation in China is worse than what is being reported to keep the U.S. from having this bargaining chip in trade negotiations. Researchers and reports in China have seen censorship when covering the issue while the number of reported cases within a 6-month span have been relatively low compared to the EU and Vietnam.

When the disease outbreak in China first occurred back in August, Chinese domestic pork prices by region started diverging with unaffected areas charging a premium to infected regions. This spread grew to 44% towards the end of last year before breaking converging to the prices of the highest region. This means that supply was so depleted that companies and consumers started becoming indifferent to origin and the supply started to mix and creating cross- contamination. Swine fever impact will continue to dominate the market for at least the rest of the year so longer dated futures are at a low risk of eroding YTD gains whilst North America remains ASF free. However, shorter dated futures will not get the full rally in a bullish scenario because converting domestic U.S. production to meet Chinese import standards take time.

The only major derailment of bullish momentum would be if ASF was reported in North America. In that case, the United States would be forced to absorb 22% of their production that is currently exported in the domestic market whilst simultaneously dealing with the demand shock as the US consumer diverts demand away from pork to other pork substitutes.

Canada currently exports over 69% of its pork production which would also be dumped on the North American domestic market if ASF were to be discovered in Canada. While Mexico could potentially be more lenient and only reduce U.S. exports, China and Asia would likely initially completely freeze all U.S. exports. This is what happened with chickens during the Avian Flu outbreak and this has happened to Belgium already when one wild boar was found on the southern border in Belgium territory despite the fact that almost all Belgium pork farms are located in the North. The zero-tolerance policy that Asian countries typically apply to biological imports will cause the market to react violently. The bearish scenario coming to fruition should cause a significant increase in vols.

A Rising Tide In Protein Values

While being long US Lean Hog Futures and long US Lean Hog Future volatility appears to be a high conviction trade in the near term, there are significant risks due to the potential for ASF to be found in North America.  Therefore, the most appropriate structural trade over the coming 1-2 years as weighted by risk/reward appears to be owning upside exposure to cattle/beef and poultry.

While Brazilian beef and Indian buffalo markets may benefit, there are several tailwinds for a significant rally in Australian cattle values that exist outside the increasing Chinese demand emanating from the pork supply shock. In 2019, the Australian national cattle herd is expected to fall to its lowest levels since the mid-1990s. Meat and Livestock Australia currently projects total Australian cattle numbers of 26.2mn head at the end of 2019.

The severe drought that has plagued New South Wales and south-west Queensland in the last 18 months has undone much of the inventory rebuild achieved since the 2013-15 drought. Severe dry conditions across a large part of the country forced widespread destocking in 2018, especially within the female herd. Adult slaughter rose 9% YoY and the female component was historically elevated at more than 20% YoY. The female percentage of the total slaughter rose above 50% in April and peaked at 54% during the winter months, registering a 12-month rolling average to November of 50.3%. A level only surpassed during the 2002 and 2014 droughts.

Many factors are set to assist export demand pull in 2019, such as a low Australian dollar and the positive demand for Australian beef in key export markets outside of China. There are signs that seasonal rainfall conditions across eastern Australia will normalise in 2019. This will sharply restrict saleyard volumes and promote fierce re-stocker competition domestically, not unlike the 2016 environment whereby the Eastern Young Cattle Index rallied more than 30% from April to August.

Awareness of the ASF issue by the market is building and behavioural literature would suggest that is then incorporated into market values. Literature also suggests that these events can often see an overreaction when first incorporated into the market, which aligns with the violent moves that we have seen to the upside as hedge funds unwind their bearish bets in March.

At Imbue Capital Management LLC, we combine our deep fundamental domain expertise of global commodity markets and leverage the power of big data with sophisticated AI technology. Throughout March, we saw a rise in news articles related to ASF with positive sentiment implications for livestock markets. Since that time, our analysis of our big alternative datasets such as news and Google search suggests that the spread of ASF is only worsening; most recently to countries such as South Africa and throughout Asia and Europe.

Time will tell if ASF makes its way to the shores of North America, but one aspect appears clear; the phase of heightened volatility in lean hog markets looks to be only in its infancy.